by psychotrip on January 31, 2019
Consoles
10
0
previous article
Our Favorite Games Of 2018 (That We Are Still Playing In 2019)
next article
MORTAL KOMBAT 11: A Kontent Rundown
Contents

Today, Gameloft announced the upcoming release of MODERN COMBAT: BLACKOUT on the Nintendo Switch. Based on the popular MODERN COMBAT 5: BLACKOUT on mobile devices, Gameloft promises to bring the “intense combat and stunning graphics” of the mobile games to the Switch.

What is MODERN COMBAT: BLACKOUT?

According to Gameloft, MODERN COMBAT: BLACKOUT is, “the benchmark for FPS action” on mobile platforms. The game boasts unparalleled graphics and 9 customizable classes. 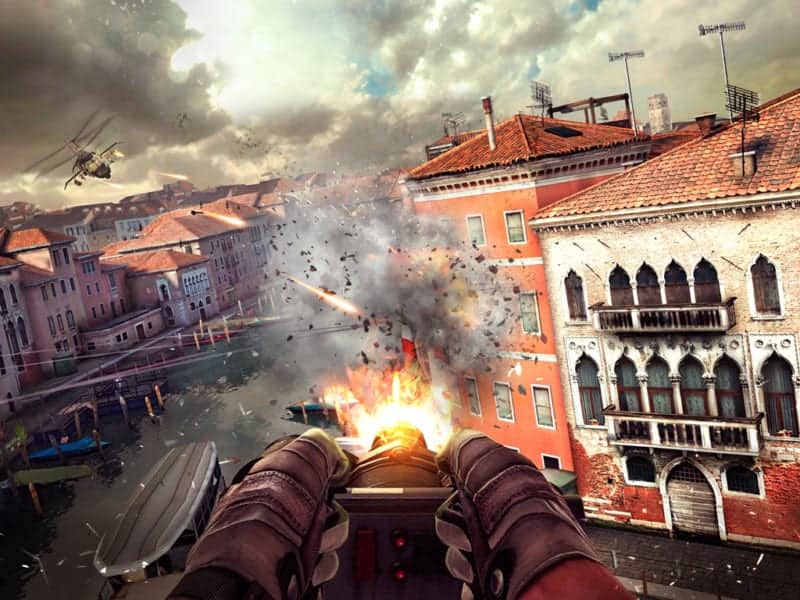 This is a mobile game? Gameloft

If you’re worried about how well a mobile game will translate to a console, don’t worry. The developers claim the controls will be highly customizable and tailored specifically for the Switch. The goal is to make BLACKOUT feel like a genuine console experience. In the words of Carlos Zarate, game manager for BLACKOUT,

“We’re thrilled to bring our successful Modern Combat franchise to Nintendo Switch players and have them discover a robust single and multiplayer experience.”

Gameloft has been a leader in the mobile gaming scene for over a decade. Their titles range from lighthearted, casual games like MY LITTLE PONY to gritty shooters like BLACKOUT. But Gameloft is no stranger to consoles either. Many of their games have appeared on the Nintendo DSi, PlayStation Vita, and even the PS3, albeit with mixed success. But the fact remains that these guys are at the top of their class when it comes to big-budget mobile games.

This probably isn’t surprising, but I’m not much of a mobile gamer. In my experience, they tend to be shallow skinner-boxes, designed to coerce you into making in-app purchases and little else. But every now and then I see a mobile game that intrigues me, and BLACKOUT is one of them. What really interests me is the level of customization. There’s always this delicate balance between player freedom and game design. Players love to experiment with different abilities, skills, and load-outs, but it’s difficult to maintain that level of freedom without disrupting the game’s balance.

In many games, there’s only one or two “right” builds for each class, which makes customization feel meaningless. In other games, builds barely feel any different from one another, which keeps the game balanced, but again makes customization feel pointless. I’m curious to see how Gameloft handles this. Some of my favorite games feature multiple playstyles and customizable builds, so I’m always eager to see a developer embrace this sort of player-freedom. But the real story here is the Switch itself. Nintendo is embracing third-party games, offering everything from AAA games, to indie titles, to mobile games like BLACKOUT. Nintendo is quickly positioning itself as the premier console of the generation, with a growing library of diverse games.

Assuming this game isn’t completely disastrous or comes with aggressive microtransactions, I think it will be a positive addition to the Switch. So even if this game isn’t for me, I still see the value in it.

We’ll be reviewing this game in the coming weeks, so stay tuned for more!