by Andrew Kreiss on July 31, 2019
Nintendo
37
0
previous article
FINAL FANTASY XIV: The Little Things We Love And Hate
next article
FIRE EMBLEM: THREE HOUSES - Whose Side are YOU on?

The sun is shining, the birds are singing, and somewhere, someone is complaining about something. This time, it’s about the new POKEMON games. If you don’t count the recent release of POKEMON LET’S GO PIKACHU/EEVEE, it will have been three years since the last new entry. No, the SUPER SMASH BROTHERS games don’t count. 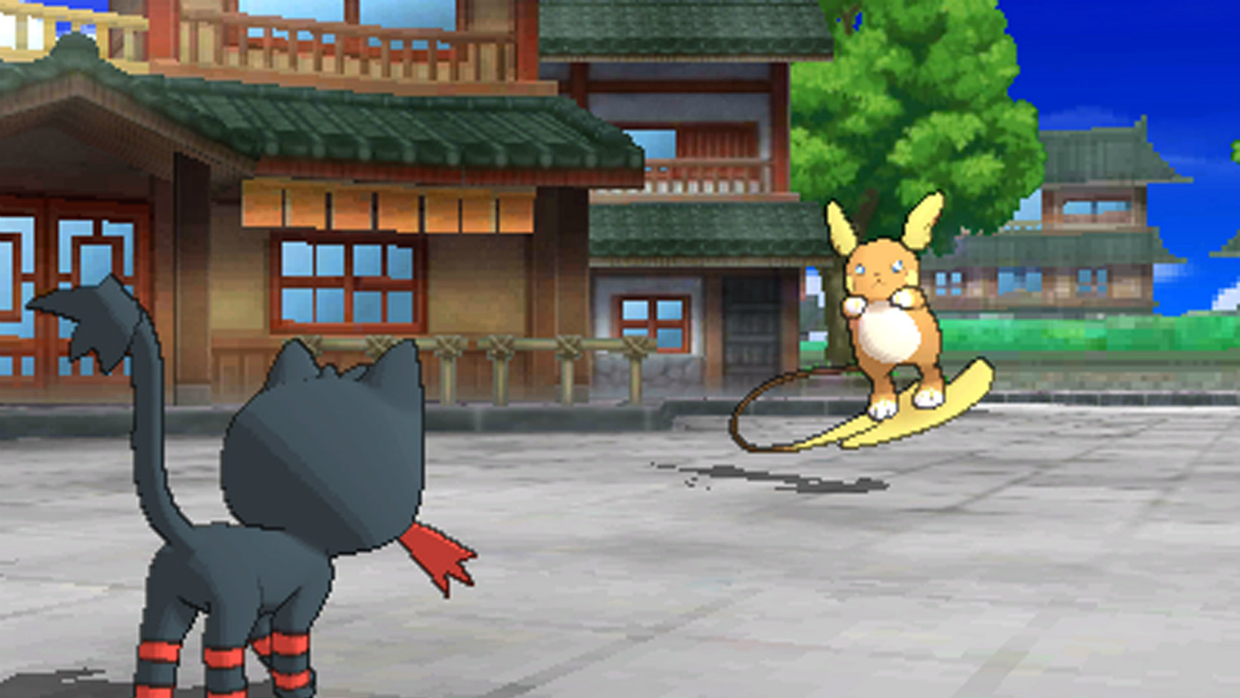 However, the newest and yet to be released POKEMON SWORD and SHIELD games are drumming quite a bit of controversy. Come along as I take a dive into this entire situation and see what all the fuss is about.

When SWORD and SHIELD were first announced, there was a large amount of excitement already drummed up. One of the thing’s Nintendo, and by extension POKEMON games, has is a dedicated fanbase. Nintendo has been riding high lately with the release of the Nintendo Switch and they’ve had many high profile hits with their first party titles. 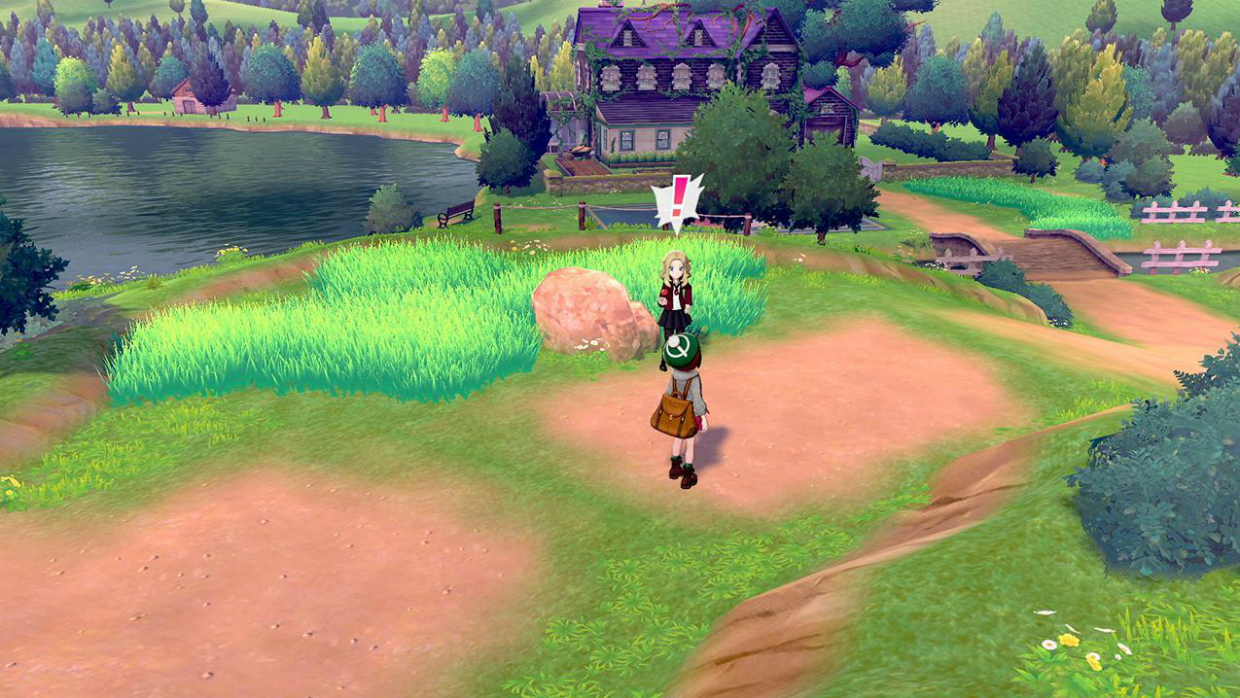 Fans hearing about the controversy for the first time. Image courtesy of Nintendo.

Even the recent re-makes of POKEMON RED/BLUE in the form of LETS GO PIKACHU/EEVEE were enough to melt fan’s hearts. However, everyone was waiting with baited breath for the eventual announcement of a full on sequel to SUN and MOON. On February 27, 2019 Nintendo officially unveiled POKEMON SWORD and SHIELD to the world. The new continent of Galar, a take on real life Great Britain, is to be the new setting, and a few new POKEMON were shown off.

All was well and good. Then came the bad news. Creator Junichi Masuda announced that not all POKEMON would be available in the new game. Only the new POKEMON from SWORD and SHIELD along with a select amount of POKEMON from previous games would be included. Each generation of POKEMON games has their own unique POKEMON, as well as a large selection of older monsters available until you beat the game. Usually, once you beat the game, you unlock the National Dex and can then collect any POKEMON.

The announcement itself caused an immediate internet firestorm. One of the main arguments in favor of including all the POKEMON is that the series is all about collecting and sticking with your team, so why take that away now? This uproar continued unabated for a few weeks, and the developers stayed silent. 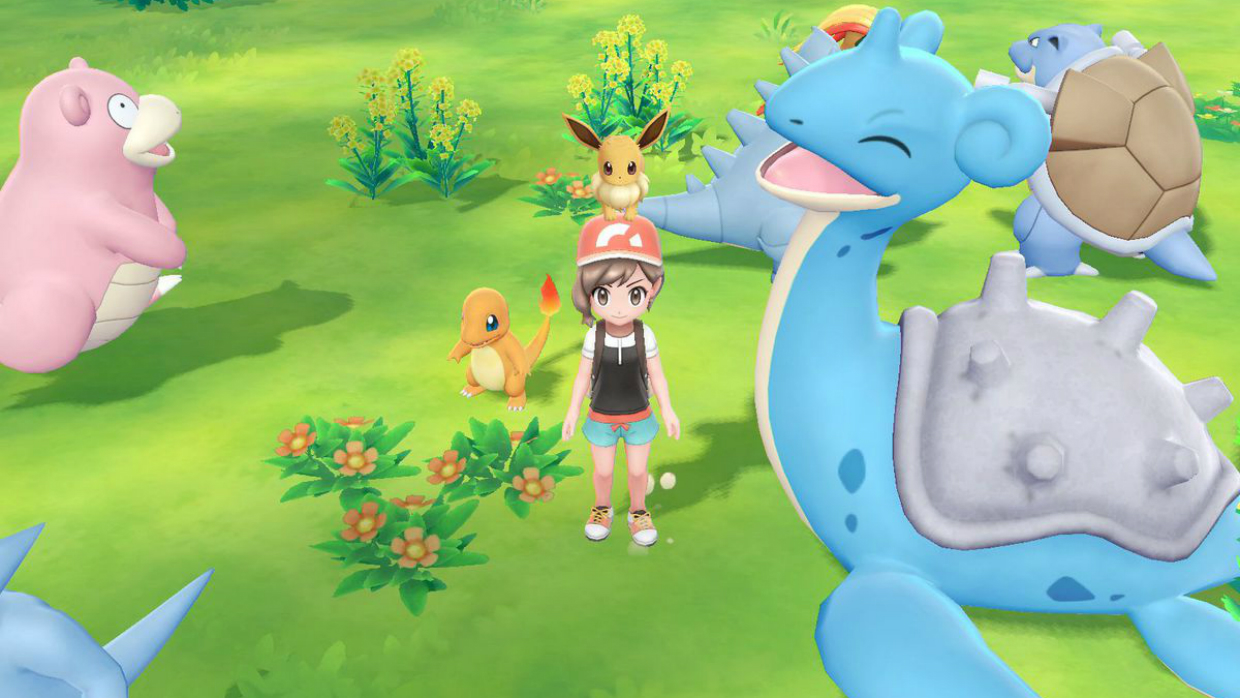 Look at the adorable graphics for POKEMON LET’S GO. Image courtesy of Nintendo.

Eventually, GAME FREAK released a statement on the matter to try and soothe the already incensed player base. This, of course made everything worse. In Masuda’s statement he clarified one of the reason’s for the decreased amount of POKEMON. The first reason being to re-build the POKEMON’s models from the ground up. The developers are “punching up” the animations to give the Pokemon more personality. Or so they said.

Now, if up to this point you’ve been reading and you find yourself asking, what’s the big deal? Well, you’re not in the minority. Hearing about the controversy from an outside vantage can be confusing. One of the biggest problems most people have with this is that we’re nearing nearly 900 total POKEMON. Everyone has a favorite POKEMON. From the strange to the ugly, it’s probably someones favorite. 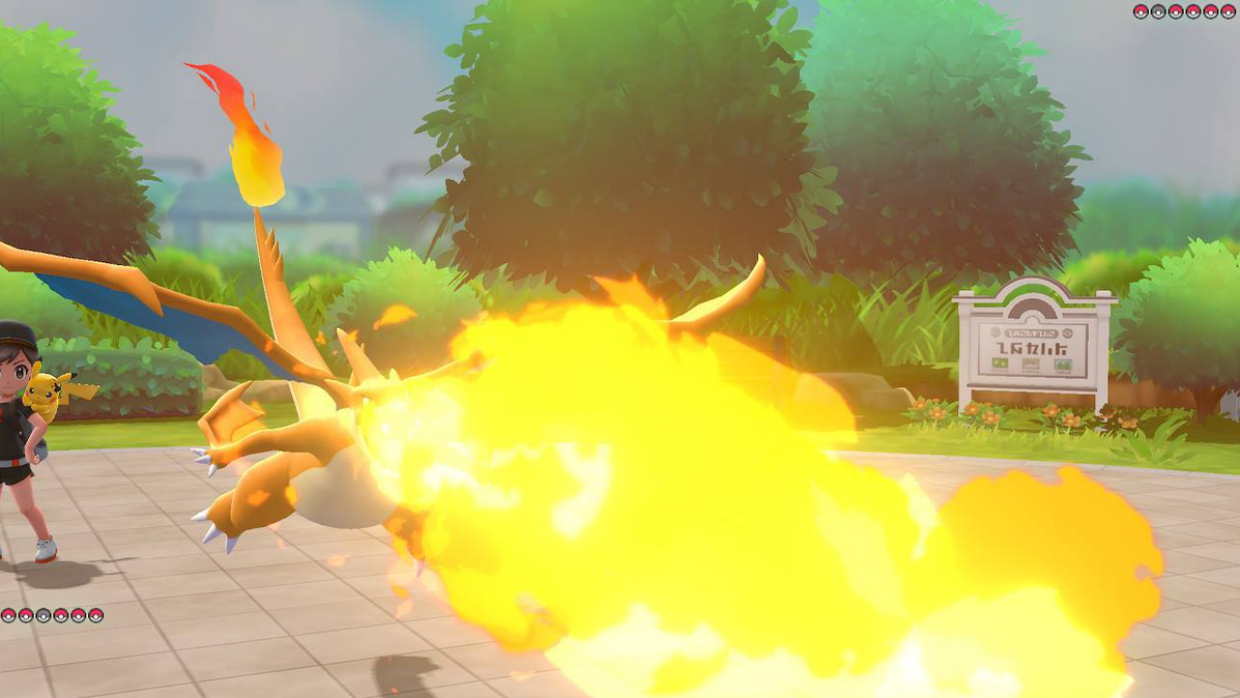 Every single generation up until now gives you the ability to collect every single POKEMON. For the new games to suddenly take this feature away rings hollow. Games consistently change and discard features as they age. The POKEMON games themselves consistently introduce features in one game that another won’t have, only to bring it back at a later date. Again, this can reek of consumerism, but no one started complaining until now.

When Pokemon Starts To Make Sense

Up to a certain point, the whole controversy seems ridiculous. We can’t collect EVERY SINGLE POKEMON? So what? However, as people started to dig deeper, some of Masuda’s statements started to ring far more hollow. Their claims of “working on the graphics” are easily disproven thanks to many comparison videos of current and even past generation Nintendo games. Alongside such recent titles as the newest LEGEND OF ZELDA, the two games could not be further apart in graphical quality. This can’t simply be chalked up to different art styles either, because both games include a cartoonish, almost cell shaded style. 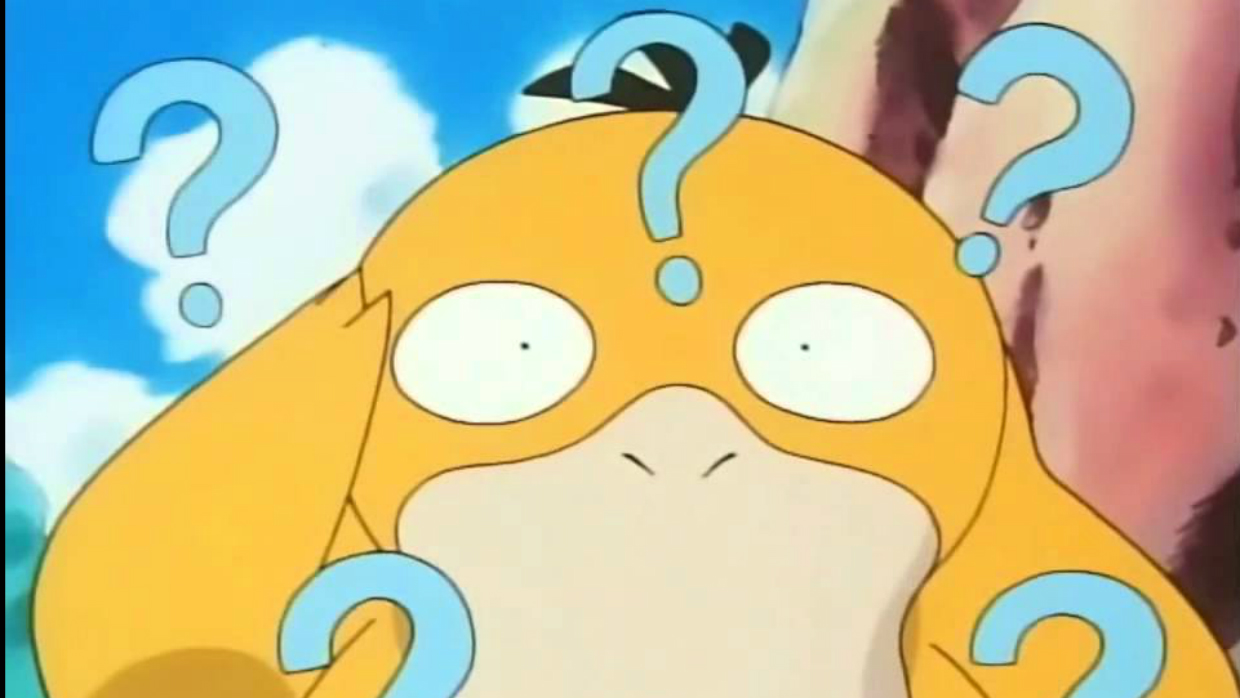 Trying to fully understand the controversy. Image courtesy of Nintendo

So, too, do the claims of making sure the POKEMON’s animations have more personality and take advantage of the SWITCH’s graphical upgrades. Again, even a cursory glance of videos from Nintendo showing game footage are shoddy. Videos during battles show POKEMON barely moving from their spot while attacking, and the models just… rotating in place for certain attacks.

While it’s easy to join any kind of mob, internet or real life, this is one I feel like I’m sitting out. While it’s easy for me to say “both sides have merits,” in this case, I feel they do. Pointing at flaws in a games design is every consumer’s right. As consumers, we have the right to be dissatisfied with a product and constructively voice our opinions. At the same time, I’d like to think the developers are clearly pouring heart and soul into the game, not just idly sitting there twiddling their thumbs in a dastardly fashion. 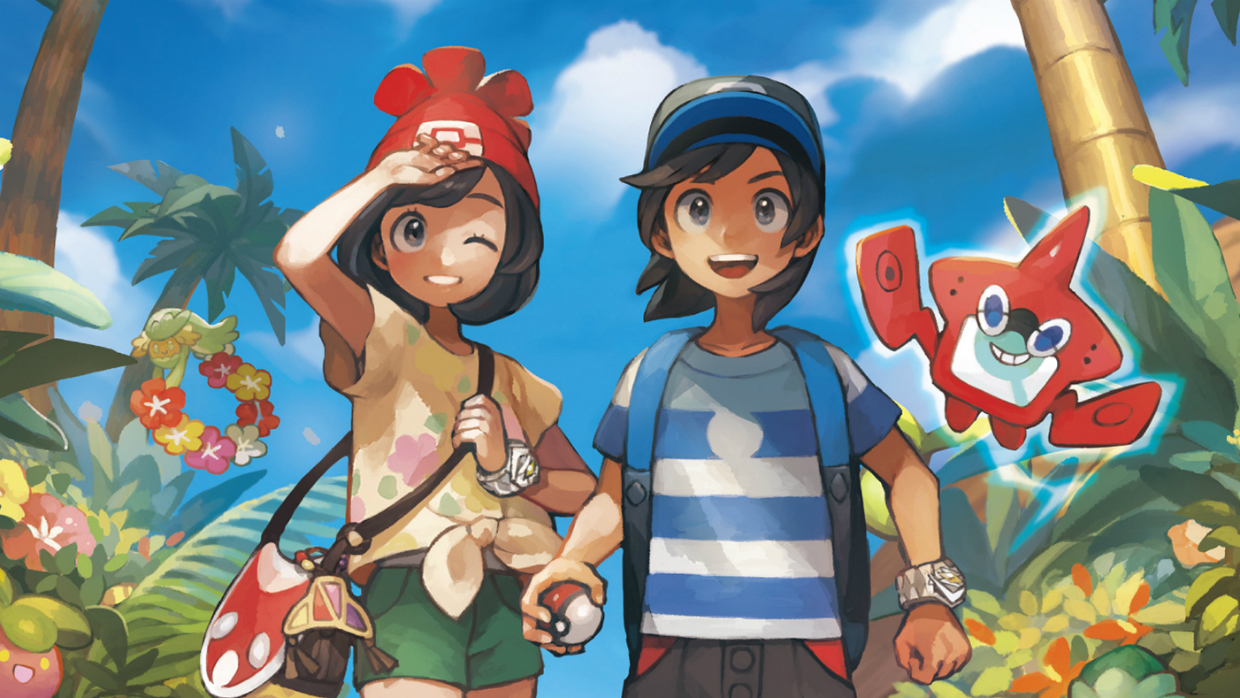 Some official art for POKEMON SUN and MOON. Image courtesy of Nintendo

Internet mobs are some of the most frustrating to deal with because the luxury afforded by anonymity. Places like Reddit can be a breeding ground for negativity and anger, which is only amplified by a collective. What should have been a mere disagreement has grown into a bonafide hatedom.

All fanbases include a certain sense of entitlement, and that’s where a line has to be drawn. While fandoms can be a good thing, the internet and the rise of assured anonymity has made entitlement almost a fever pitch.

Catching Them All Over and Over

The very nature of a POKEMON game seems cyclical. Catching every single monster over and over again should be tiring by this point, right? The process is arduous and involves many spreadsheets . I’m not saying if you love doing that, you’re wrong, but for once maybe we finally don’t need to catch over 900 POKEMON? 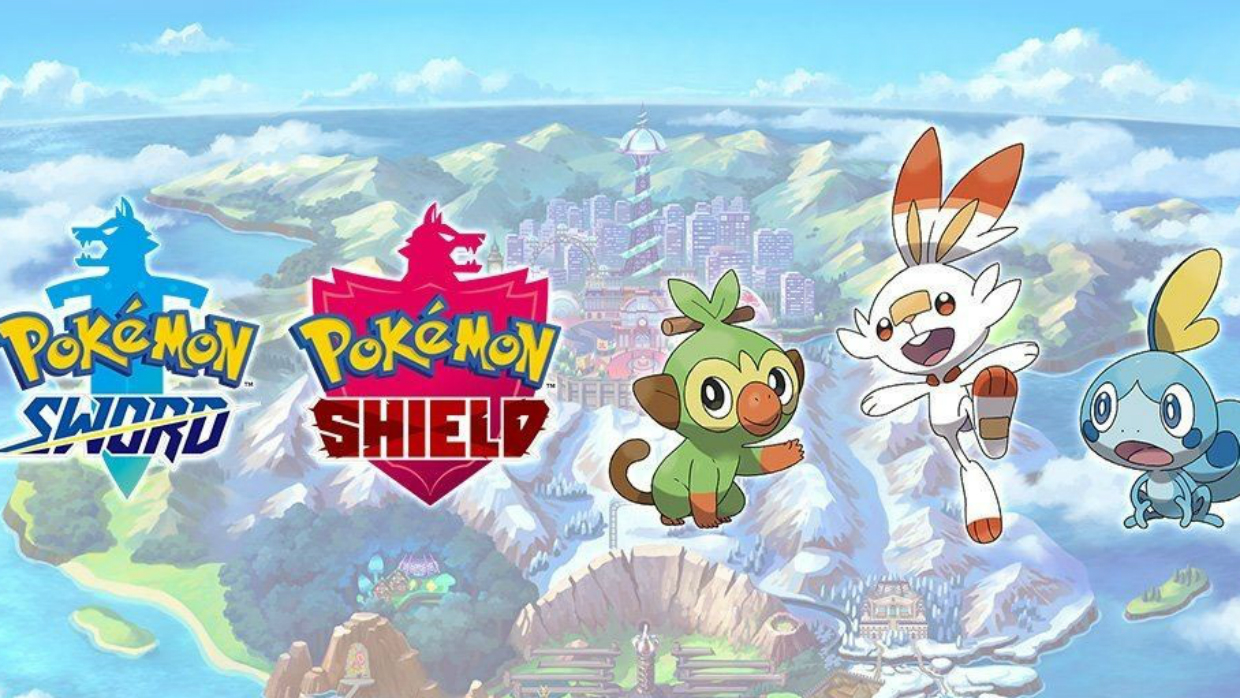 Players demanding change in a game and being frustrated is valid. When you have this many issues in what is otherwise a hugely successful and long-running series, maybe it is time for Nintendo and GAMEFREAK to take a step back and re-examine the relationship they have with the players and their fans. Either way, there has to be some kind of middle ground when it comes to internet mobs and I don’t think a game primarily meant for kids is the best place to start.

Blizzard finally released a statement on their decision to ban a player over his support for the Hong Kong protests. Here's why their response is garbage.
Comments
Leave a reply