E3 2019 is here, and with it comes another show by Nintendo! For the past several years, Nintendo has opted not to host a traditional press conference, instead opting for prerecorded videos called Nintendo Direct. This year is no exception! While Nintendo’s performance at E3 has waxed and waned over the years (2015 and especially 2008 were real stinkers), this year they came out in full force! I was greatly impressed with this year’s E3 Direct, with many great games shown and great reveals! POKEMON, ZELDA, SUPER SMASH BROS, FIRE EMBLEM, you name it!

This is all wrapped up in the typically whimsical, irreverent, and often humorous presentation that we expect from Nintendo!

Where to start? Let’s dive right into this brilliant E3 Nintendo Direct, shall we?

All aboard the Hype Train! (Image credit: unknown)

The Nintendo Direct Starts Off… SMASHing! 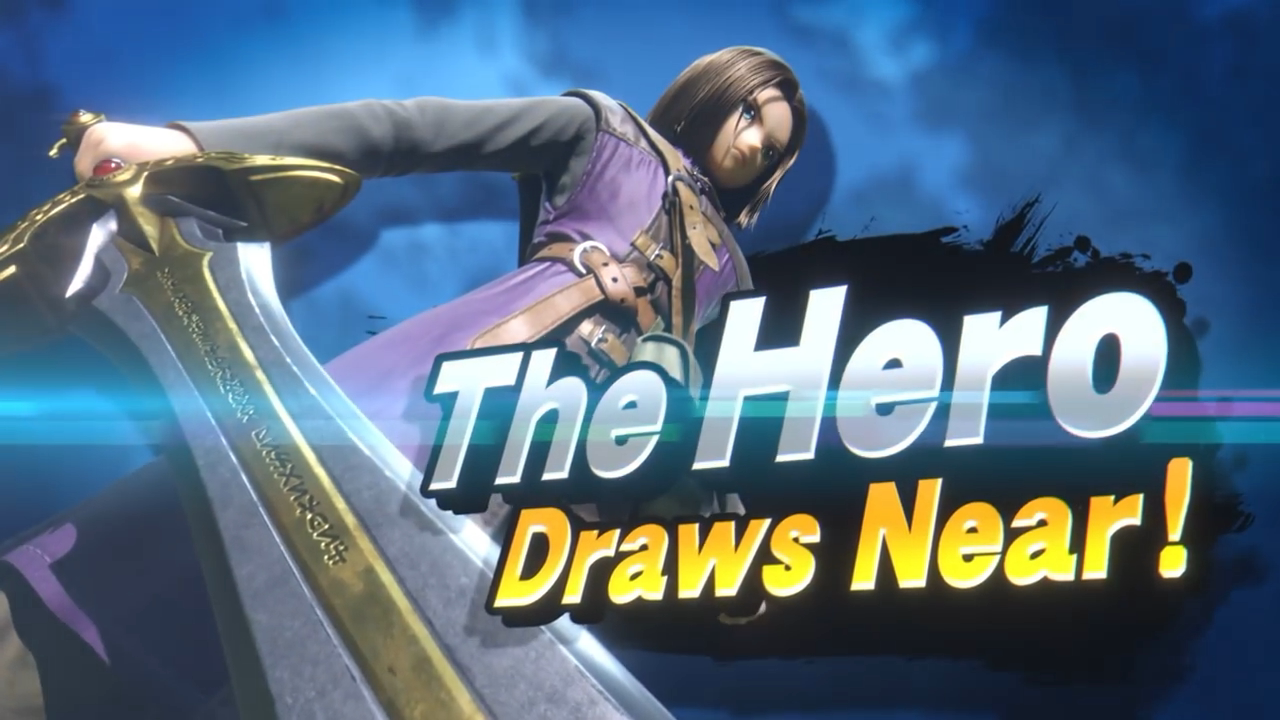 One of two new fighters revealed! (Courtesy of Nintendo)

Right out of the gate, Nintendo Direct starts with a big reveal for DLC for the blockbuster mascot fighter SUPER SMASH BROS ULTIMATE. Another third-party character from Square-Enix, this time it’s The Hero from the DRAGON QUEST series! They appear to save Link from a shadow Marth/Meta Knight, and as there are multiple Heroes in the DRAGON QUEST series, the various Heroes are available as alternative skins. Interestingly, it looks like part of Hero’s fighting style will consist of selecting options from a menu in true classic-JRPG fashion. How will it play out? We’ll find out this summer!

And speaking of SMASH reveals… 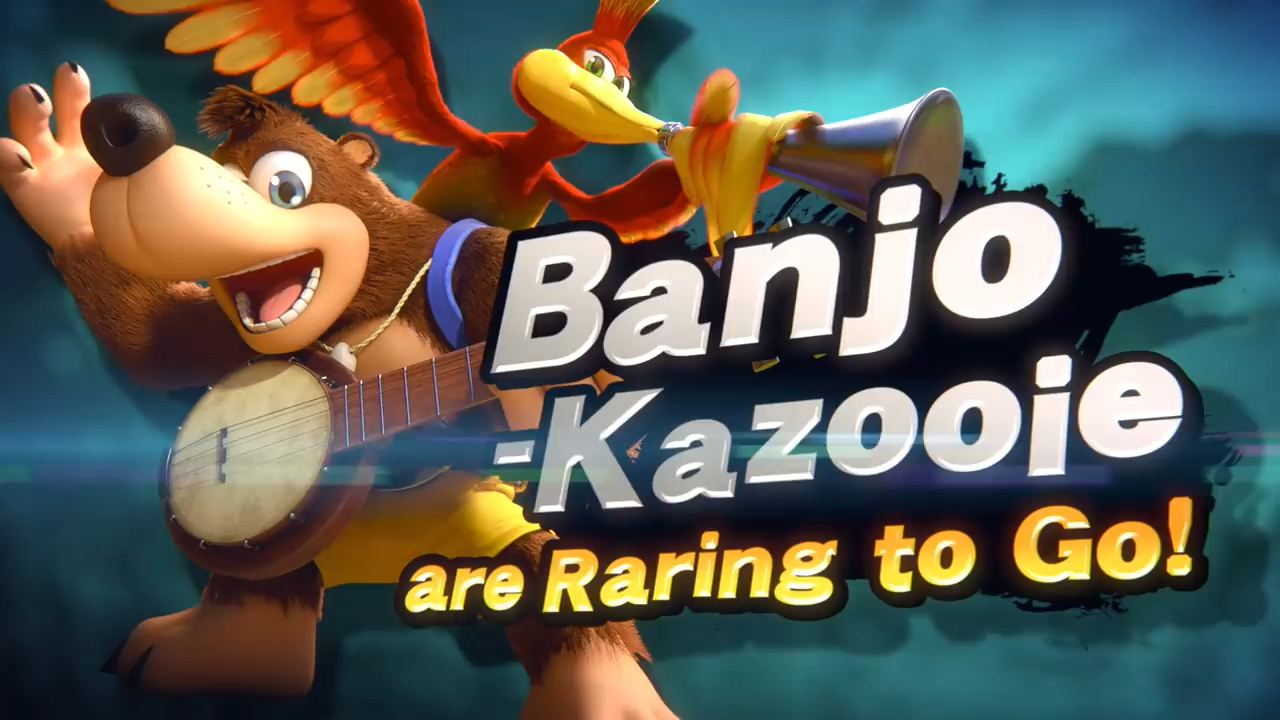 Banjo and Kazooie are back! (Courtesy of Nintendo)

This reveal comes later on in the Nintendo Direct, towards the end. But since we’re talking about SUPER SMASH BROS, we may as well get it out of the way! At first, they seemed to fake us out. Which came off as rubbing salt in the wound since people have wanted Banjo and Kazooie in SMASH for years. But in the end, they made it in! BANJO-KAZOOIE fans everywhere rejoiced! They’ll debut at SMASH in autumn.

But wait, there’s more DRAGON QUEST in this Nintendo Direct! 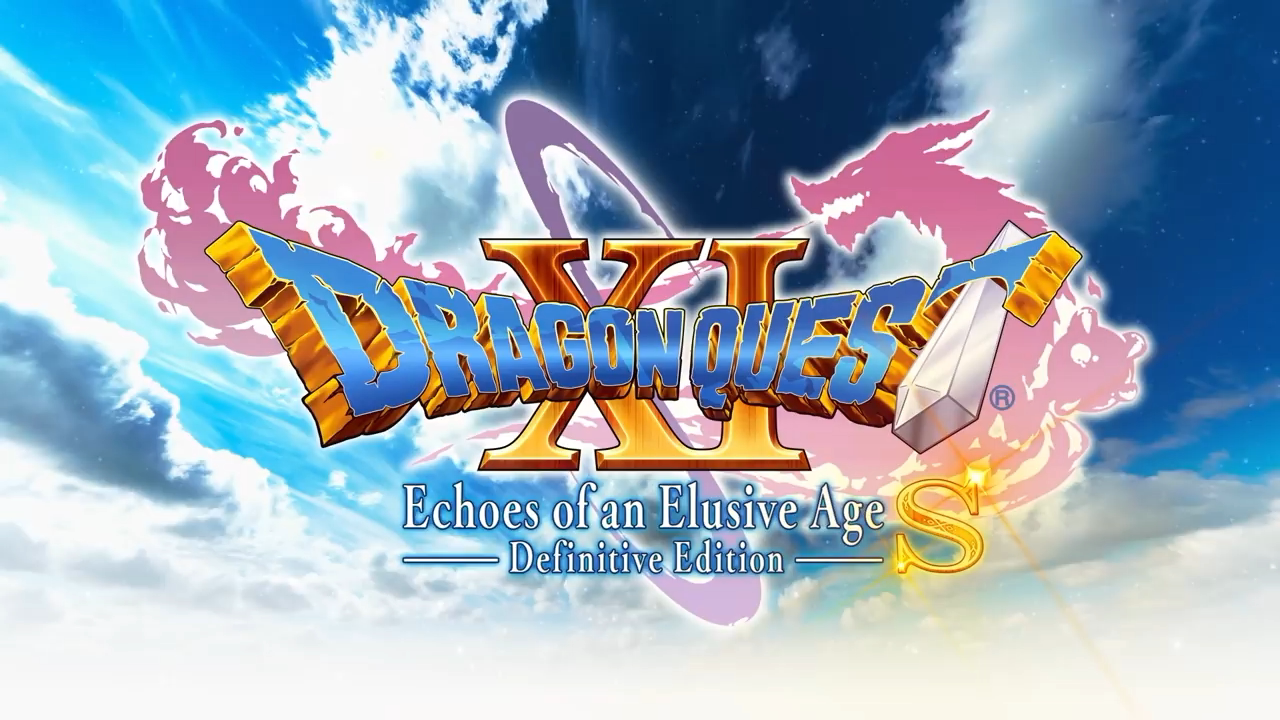 Due out on September 27! (Courtesy of Nintendo)

If you’re a fan of DRAGON QUEST and were excited about the Hero’s announcement in this Nintendo Direct, just you wait! DRAGON QUEST XI – DEFINITIVE EDITION was also announced for the Nintendo Switch, to be released on September 27! 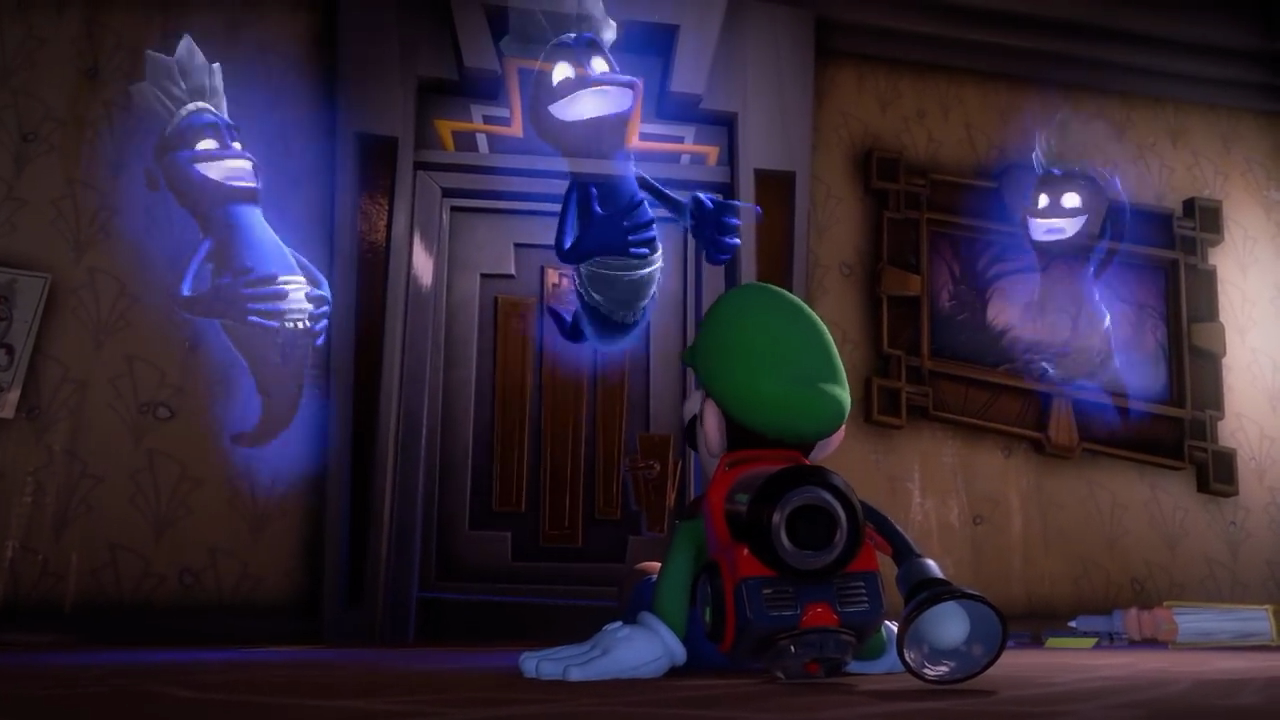 Next up in this Nintendo Direct is LUIGI’S MANSION 3! As someone who never played LUIGI’S MANSION: DARK MOON for the 3DS, this caught my interest. The trailer showcased some interesting new moves and gameplay mechanics that Luigi faces in this haunted hotel. With some new tricks up his sleeve and the help of his liquid counterpart Gooigi, hopefully, this can live up to the original! It also includes a co-op mode! 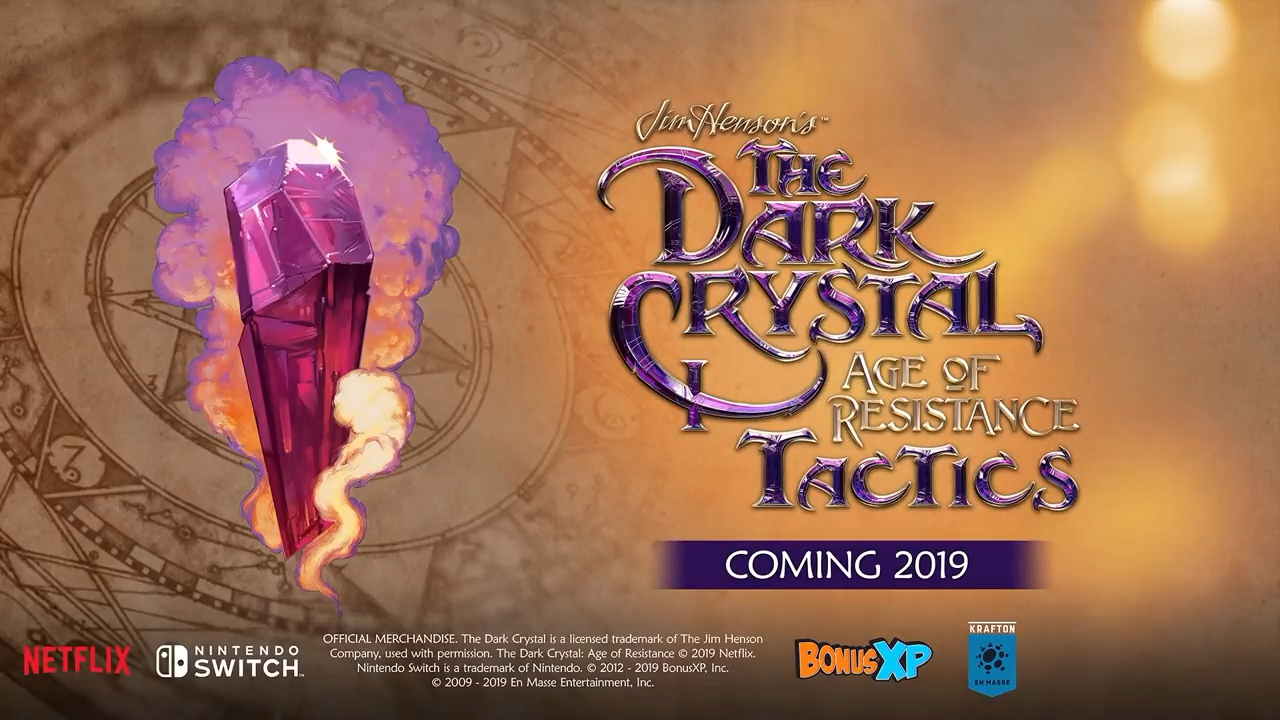 This one wasn’t a reveal that I expected in this Nintendo Direct. But it caught my interest! It looks to be a mixture of puppets with a fantasy turn-based strategy. As a huge fan of the FIRE EMBLEM series, this caught my eye! It comes out later this year, and I’ll give it a look!

THE LEGEND OF ZELDA: LINK’S AWAKENING – Or Rather, Reawakening 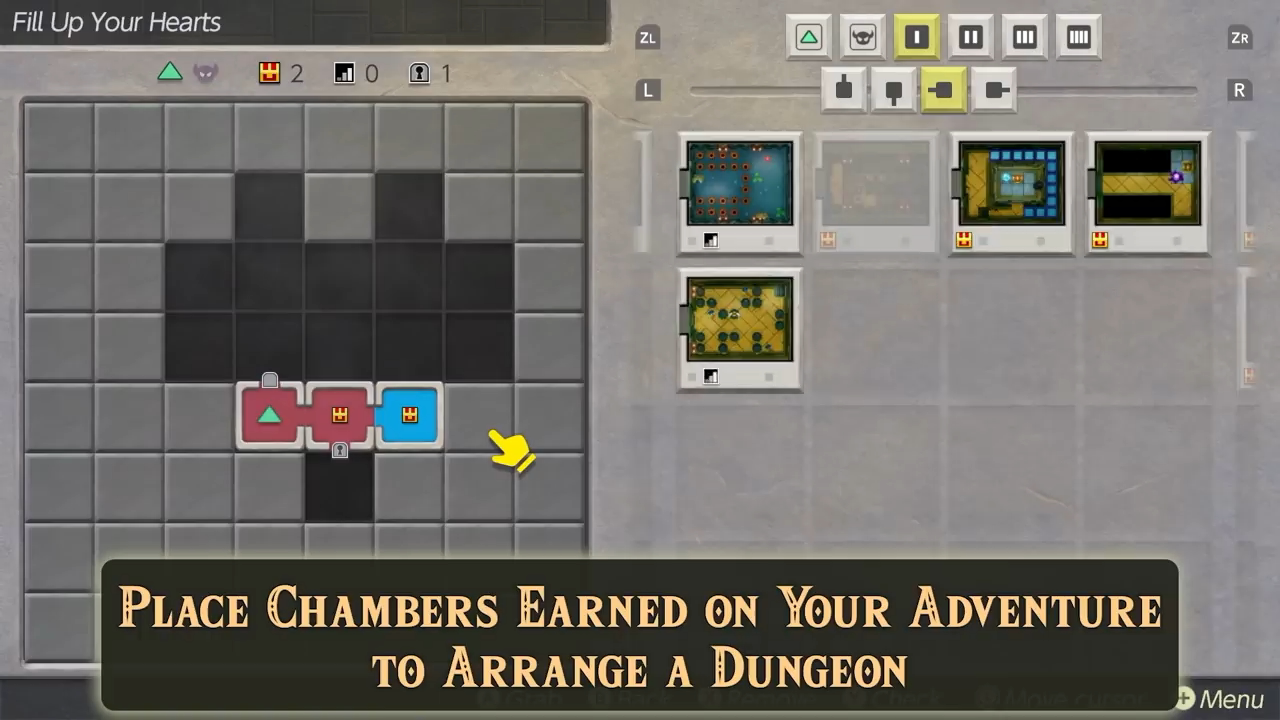 A new feature in the LINK’S AWAKENING remake! (Courtesy of Nintendo)

Now for one of the big guns of this Nintendo Direct, ZELDA! We were already aware that 1993’s LINK’S AWAKENING was being remade (Link’s Reawakening, as I like to call it). And unlike the recent ZELDA remasters, such as WIND WAKER HD, TWILIGHT PRINCESS HD, and 3D remasters of the N64 games, this is a ground-up proper remake of the classic handheld game.

Some were worried that this would be just a “graphical upgrade” without much in the way of new content. Nintendo Direct dispels such assumptions. Whilst I’ve played the original, only briefly, I know for a fact that it did not include a dungeon designer, among other cool new additions. Whether you played the original or not, this game should be worth picking up! You can pick it up starting September 20!

TRIALS OF MANA – Revealed Stateside for the First Time in this Nintendo Direct! 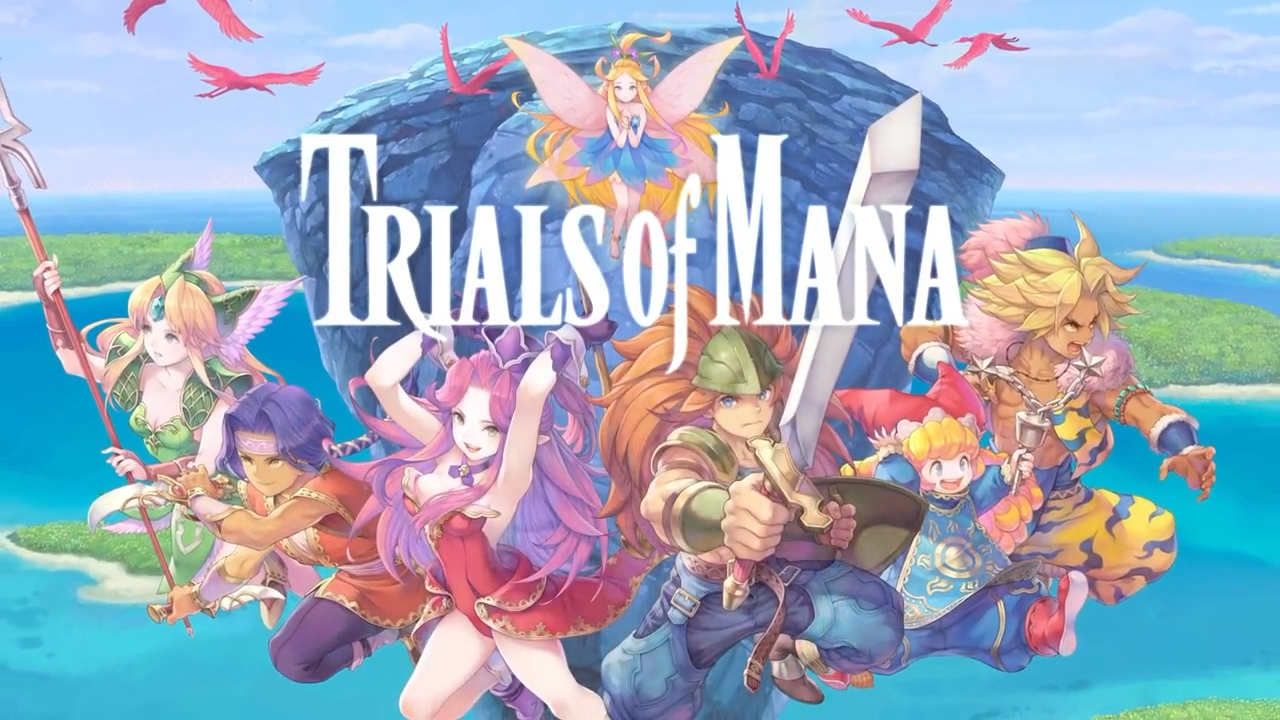 TRIALS OF MANA, remake and original, released in the West for the first time! – Courtesy of Nintendo

Here we have TRIALS OF MANA. A remake of the Super Nintendo game SEIKEN DENSETSU 3, which never saw the light of day outside Japan. Until today, that is! The COLLECTION OF MANA has just been released on the Nintendo Eshop, which includes the three classic JRPGs of the MANA series. The remake, meanwhile, will be available in early 2020.

THE WITCHER 3 – This Nintendo Direct Shows It Is Possible After All! 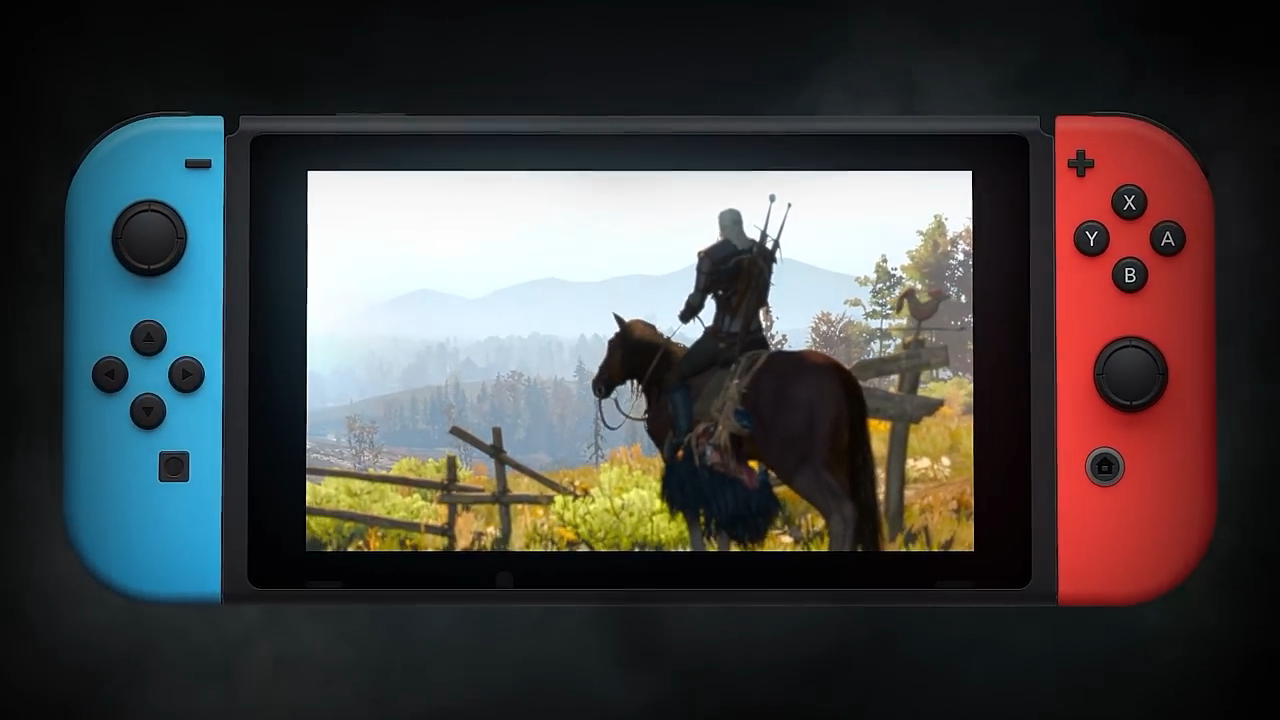 THE WITCHER 3, now on the go! (Courtesy of Nintendo) 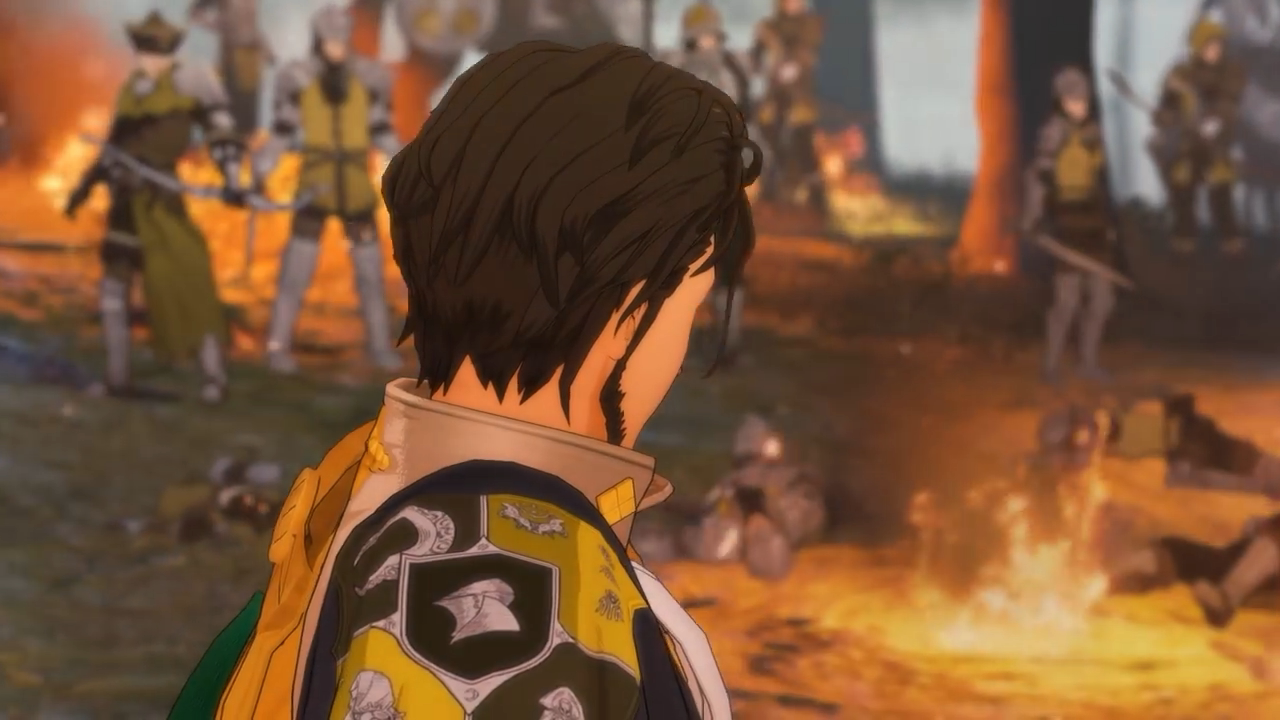 For a FIRE EMBLEM junkie like me, this was one of the most interesting takeaways from this Nintendo Direct. Now, THREE HOUSES was announced some time ago. But in this short clip, we gleaned some very interesting aspects of the story. And, for me at least, the story has always been a big part of FIRE EMBLEM. For good (as in GENEALOGY OF THE HOLY WAR and PATH OF RADIANCE) or ill (AWAKENING, FATES).

From what we saw, THREE HOUSES will feature a timeskip. In that the characters went to school together, only to end up years later on opposing sides of a battlefield. Given FIRE EMBLEM’s previous history with timeskips, such as the aforementioned GENEALOGY, this is a good sign in my view!

We even got a release date! July 26! I have a flight the next day, so I know how I’ll be spending it!

NO MORE HEROES III – The Return of Travis Touchdown! 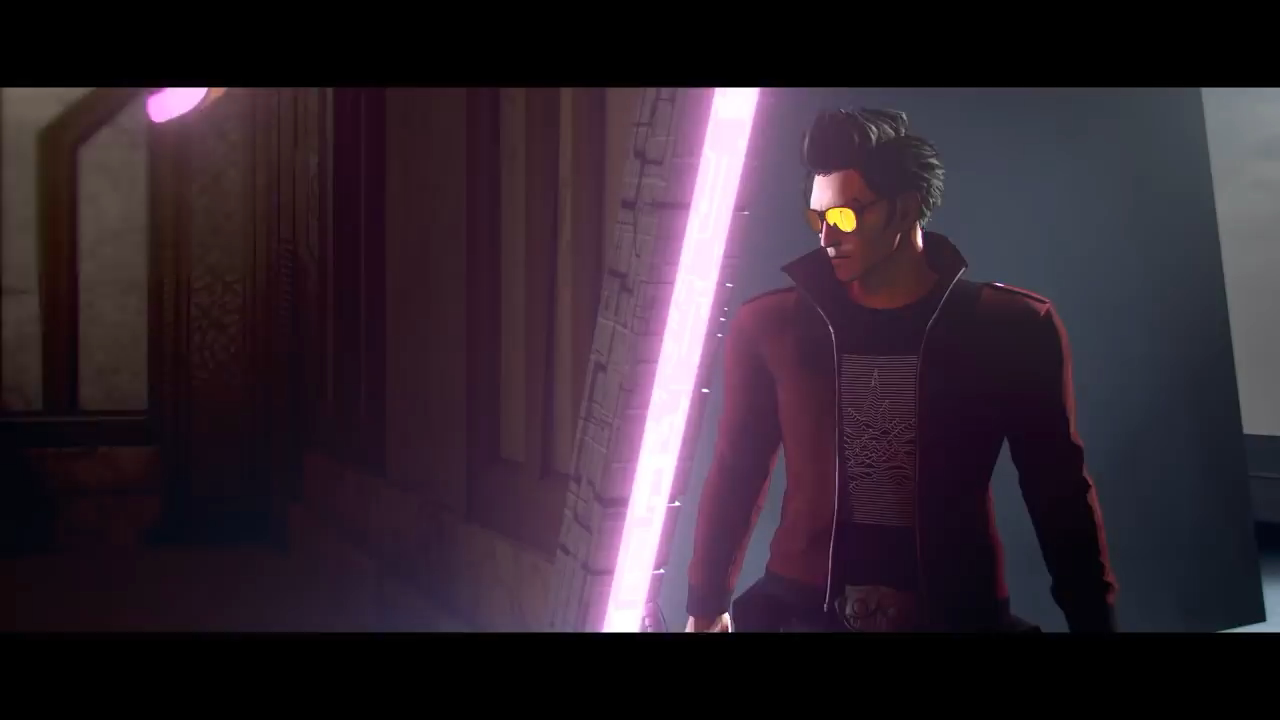 Next up, NO MORE HEROES III! The sequel to 2010’s vibrant hack and slash NO MORE HEROES II: DESPERATE STRUGGLE, fans of the series have been waiting nearly a decade for a proper new installment. Well, their wait shall soon be over! The game shall finally be released in 2020, a decade after its predecessor. 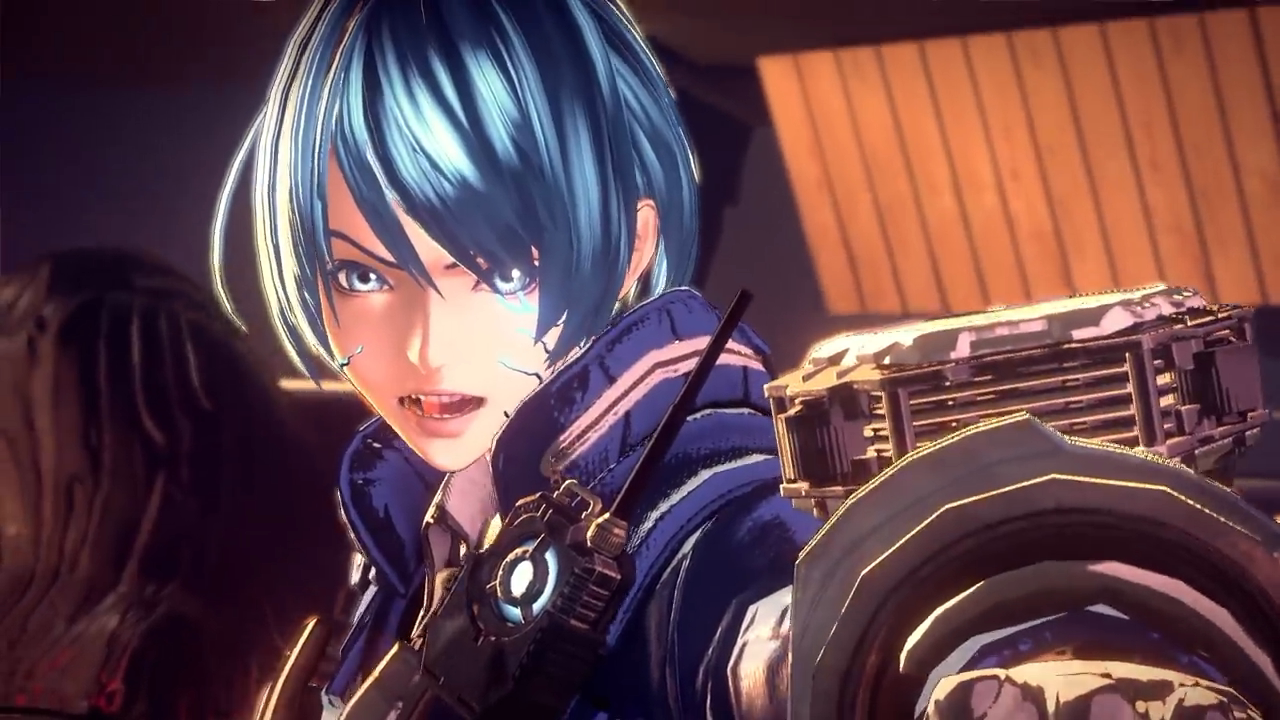 What an interesting new IP! (Courtesy of Nintendo)

I really like the look of this one. ASTRAL CHAIN is a new IP coming to the Nintendo Switch in August. I love the aesthetic, and the gameplay looks fun from what we see of it.  I’ll pick this up for sure!

I Can’t Even Cover Everything in this Nintendo Direct! 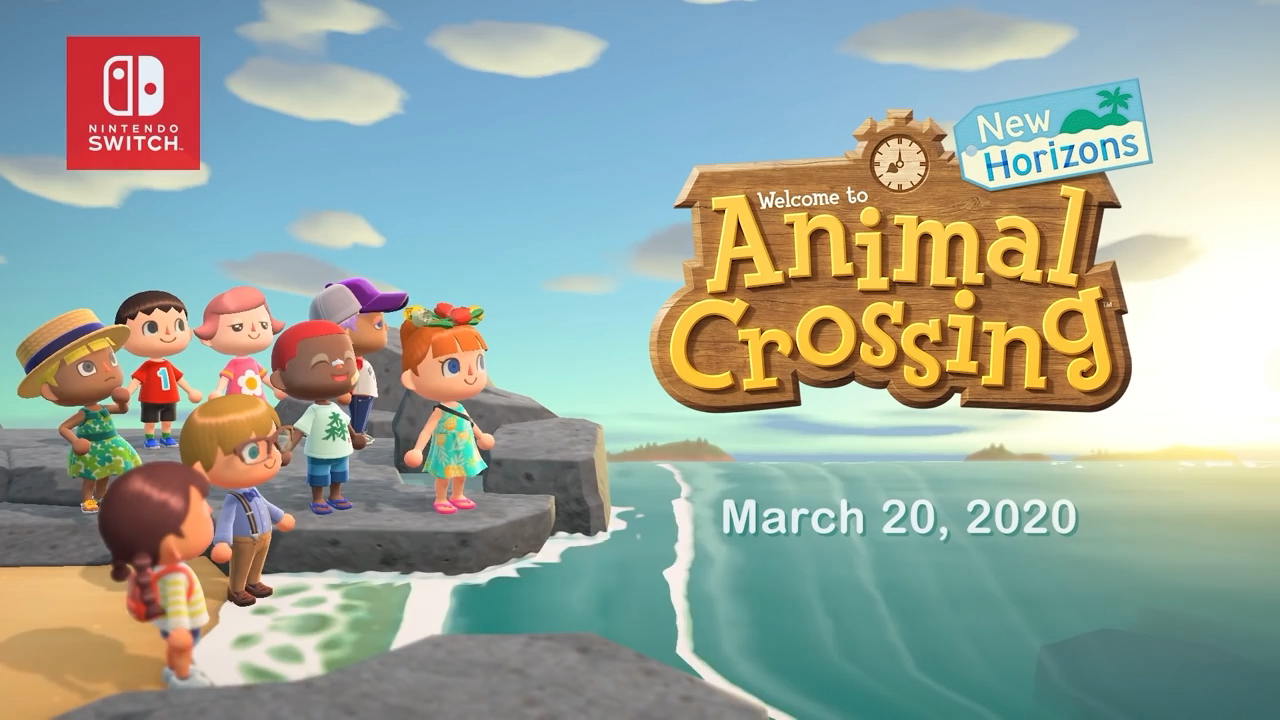 And it’s bloody time, too! (Courtesy of Nintendo)

There’s so much to cover in this Nintendo Direct that I could be here all night writing about it. For a show that was only around 45 minutes long, they sure condensed in tonnes of games to talk about! Such as ANIMAL CROSSING: NEW HORIZONS. Which isn’t my thing, but I know fans have been clamoring for a new ANIMAL CROSSING for years now!

Here are some other games that I did not get a chance to go over. But they are no less worthy of your attention!

Phew, that’s a lot of games to look forward to, eh? I need to stop writing now because I could easily be up all night yammering on about these games! The Hype Train is real!

But before you go… 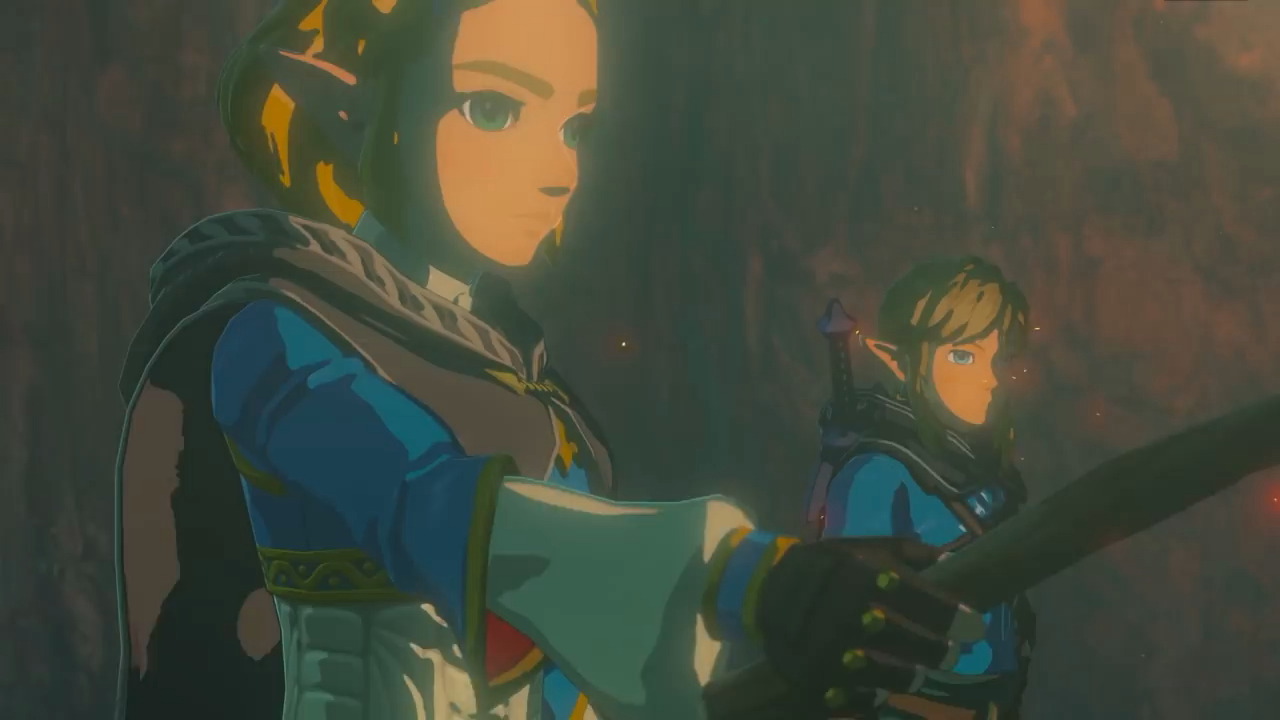 The sequel to 2017’s hit THE LEGEND OF ZELDA: BREATH OF THE WILD is under development! (Courtesy of Nintendo)

…well, damn. If the entire Nintendo Direct up until now didn’t blow your socks off… then Nintendo concluded it with a knockout punch! While we only see about 25 seconds of video, that’s not what’s important. What’s important is that the sequel to BREATH OF THE WILD is now in development. Will Zelda, in her new haircut, be playable? Will Ganondorf be in it? It raises more questions than it answers… and that’s part of the fun if you ask me! Either way, that’ll motivate me to finally play BREATH OF THE WILD!

This concludes our roundup of 2019’s Nintendo Direct for E3! Until next year!

Did you miss any gaming news from the past week? We're here to help you get caught up!
Comments
Leave a reply