by Spencer Rehfield on September 13, 2018
Consoles
5
0
previous article
ROMs and Emulation: Legality and Morality
next article
MEGA MAN 11 Is Back In Blue In ComicsVerse's Review!
Contents

A new Nintendo Direct was held today, Thursday, September 13. As per usual, this Direct revealed a ton of new information for upcoming Nintendo 3DS and Switch titles! Feel free to watch it here.

I covered the last Nintendo Direct in full, but this time I want to try something a little different. I am currently writing this at 5:31 PM and the direct does not start until 6 — I have no idea what is going to go down! As opposed to writing a summary of the Nintendo Direct after it happens, like last time, I am instead writing down my thoughts and reactions to everything as it is first announced.

Well, without further ado, here is a summary of today’s Nintendo Direct!

The Direct opens with Luigi, just like last time… it’s LUIGI’S MANSION 3! The next game in the spooky series is coming to the Nintendo Switch sometime in 2019.

The first real section of the direct focus on upcoming 3DS titles. There is not too much to look over, but some good titles are definitely on the way!

Next up is KIRBY’S EPIC YARN. The former Wii exclusive is coming to the 3DS in 2019, with a few new special abilities and other features. 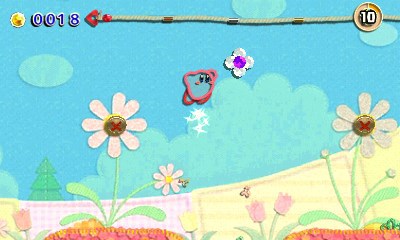 Anyone else like MARIO AND LUIGI: BOWSER’S INSIDE STORY? Well, that game is also coming to 3DS in January, with a special Bowser Jr. story mode.

Back to LUIGI’S MANSION news, the original is coming to the 3DS on October 12, with added multiplayer and amiibo support.

YOKAI WATCH BLASTERS is out now, with DLC coming soon! The game is full of tons of cute, collectible monsters — what’s not to love?

I loved my 3DS, but I really haven’t touched it much since the release of the Nintendo Switch. Hopefully, some of these titles will make me dust it off!

Now for the brunt of the direct: upcoming content for the Nintendo Switch. Expect a ton of rapid-fire announcements with little room to think in between.

The first trailer shown is for a SPLATOON 2 update… but it wasn’t too informative? I’m honestly not too sure on this one.

MEGAMAN 11 is coming to Nintendo Switch! The demo is out now, and it seems like some classic MEGAMAN fun. The game supports the MEGAMAN amiibo figures and fully releases on October 2. 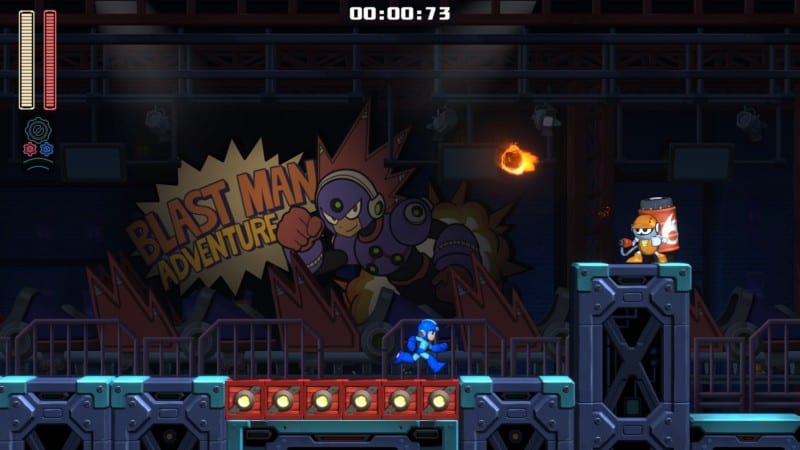 A ton of classic Capcom beat em’ ups are coming to the Nintendo Switch in the form of CAPCOM BEAT EM’ UP BUNDLE!! I always want to play a good beat em’ up, so I’m super excited about this.

This bundle is my favorite surprise from today’s Direct. Image courtesy of Nintendo Direct.

NEW SUPER MARIO BROS. U DELUXE — Another Wii U game gets the Deluxe treatment, releasing on January 11.

KATAMARI on the Switch? I was actually in the mood to play a KATAMARI game just the other day, so this announcement could not have come at a better time.

Now, to take a break from all of the game announcements, here is some news regarding Nintendo Switch’s long-awaited online service.

First and foremost, the service launches on September 18.

One main feature of the service is access to a catalog of NES games, that is going to be updated regularly. I feel mixed on this — I’ve played many of these games previously, but at least they cost no extra this time around (no extra on top of the service’s price, that is).

The Nintendo Switch Online smartphone app is finally gaining more use. The trailer shows off group voice chat and compatibility with SPLATOON 2. In addition, the service allows access to cloud saving, which is always a nice bonus.

Special features are teased at the end. What can they be?

Next, an NES controller styled JOYCON is announced. This is convenient for a lot of the new titles, as the original JOYCON lack a d-pad. 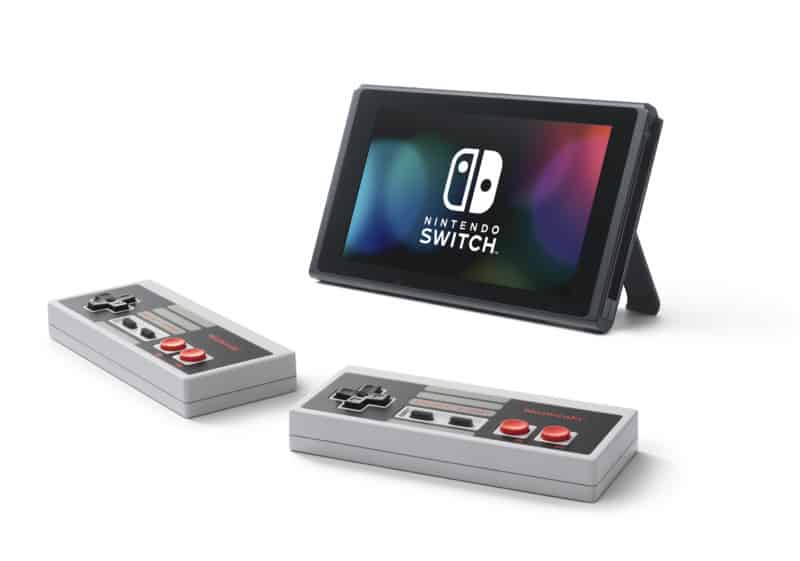 I am glad that the Switch Online Service is finally releasing, but it seems barebones when compared to its competitors. I am not planning on purchasing it right away, but some improvements can definitely change my mind.

POKEMON LET’S GO PIKACHU AND EEVEE are showcased, revealing new features and a custom Nintendo Switch console. The games are available on November 16. 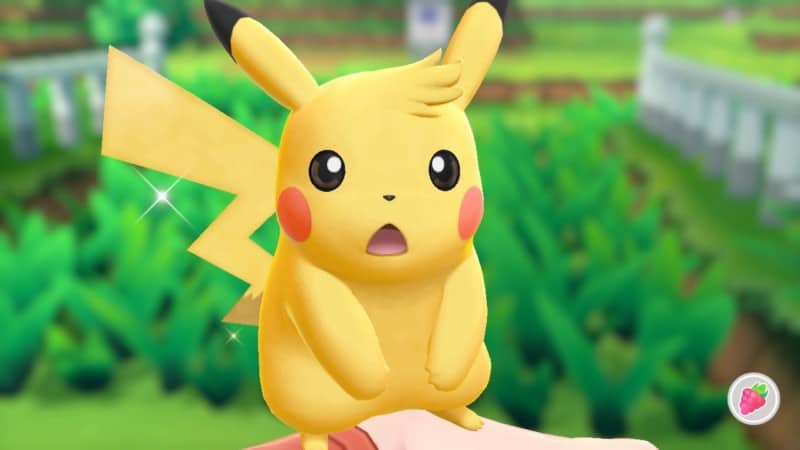 DIABLO III is also coming to Nintendo Switch. There’s also console exclusive Ganondorf transformation? Cool! I never got into the series, so maybe this is the perfect time to do so.

SUPER MARIO PARTY is up next, and it looks like a ton of fun! The last MARIO PARTY I played was 8 back on the Wii, so I’m looking forward to this one. The game is launching on October 5.

A new IP tentatively titled TOWN is revealed. The game is developed by Game Freak (who also develop POKEMON), so I am automatically interested. The cute art style does not hurt, either.

The upcoming YOSHI game finally has a title: YOSHI’S CRAFTED WORLD! It is releasing in early 2019.

Up next: a bunch of tabletop games are coming to Nintendo Switch, including SETTLERS OF CATAN and MUNCHKIN. These games are fun in person, so why not put them on the Switch? 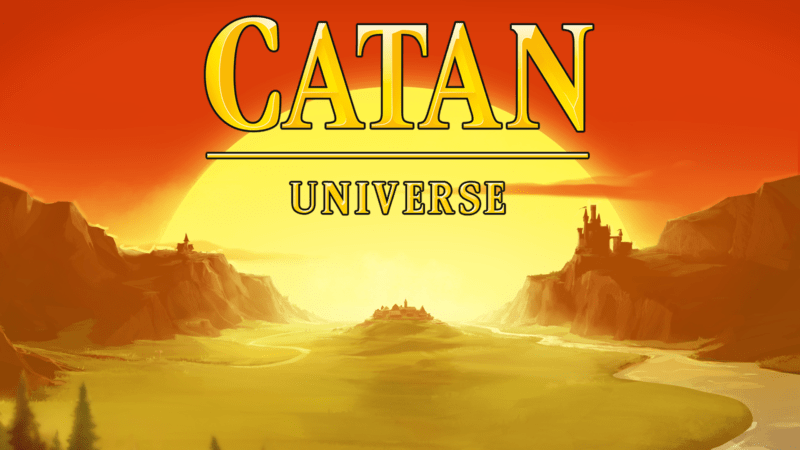 CATAN is coming to the Nintendo Switch — I have a few friends who will be more than excited about this. Image courtesy of Nintendo Direct.

CIVILIZATION VI is coming to Switch on November 16. STARLINK: BATTLE FOR ATLAS is also releasing on October 16.

Lastly, THE WORLD ENDS WITH YOU is receiving a port on October 12, and DLC for XENOBLADE CHRONICLES 2 releases on September 21.

So many games were announced here that I didn’t have the time to process them all. MARIO PARTY and TOWN definitely take the cake for this section, though.

I have not played many of the FINAL FANTASY games, so the Switch seems like the best place to pick some of them up.

Finally, a montage of tons of other games are shown, ranging from JUST DANCE to NBA 2K19, and more. The amount of content that the Nintendo Switch is receiving in the next year is honestly staggering.

Now for the reason why most people are watching this Nintendo Direct: potential SMASH BROS. ULTIMATE news.

A SMASH BROS ULTIMATE Nintendo Switch hardware bundle is on the way. It comes with a custom dock, joycon, and a download code for the game. The bundle is available on November 2, but the game is not playable until its release date of December 7.

ANIMAL CROSSING’S Isabelle is now playable in Smash? She initially looks like a Villager echo fighter, in that she has many similar moves, but the SMASH BROS. ULTIMATE website confirms that she’s completely new! Villager is my favorite character in SMASH BROS. FOR WII U, so I’m not complaining about a similar character at all. 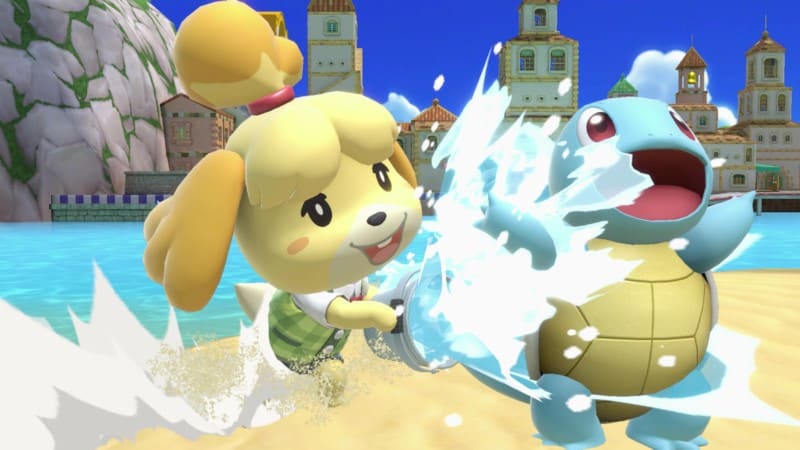 I cannot wait to play as Isabelle in SMASH BROS. ULTIMATE. Image courtesy of Nintendo Direct.

This ties into the announcement for the upcoming 2019 ANIMAL CROSSING GAME. The series has not seen a major release since 2013’s NEW LEAF, so I’m definitely looking forward to this one. 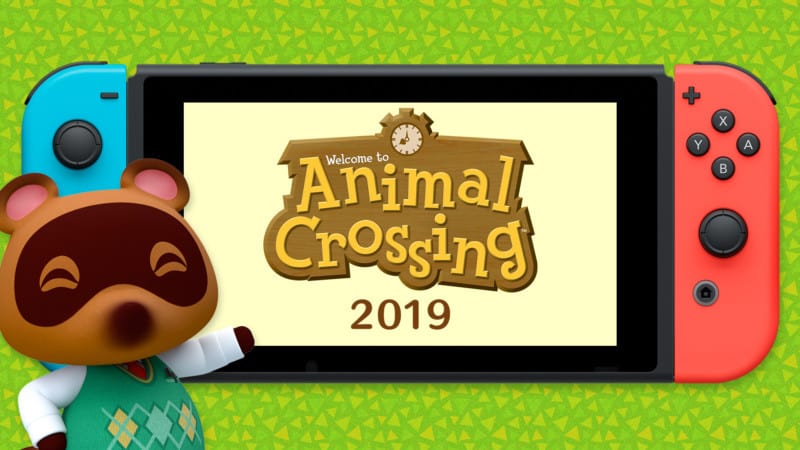 The Conclusion For Nintendo Direct

Overall, I am excited about the Nintendo Switch’s near future. From KATAMARI to the CAPCOM BEAT EM’ UP BUNDLE, to Isabelle, it is apparent that my console will not be gathering dust any time soon.

The list of games and updates announced today is humongous. By no means am I going to buy everything, or even close to everything revealed today. However, I am happy to see that the Switch is getting a ton of continued support.

Well, that about wraps it up until the next Nintendo Direct. Hopefully, the announcements will not be so condensed next time, my hands are getting sore from typing so quickly!

POKÉMON GO: Nintendo Getting You Outside Since 1996

POKÉMON has been a worldwide phenomenon since its initial success in 1996. The franchise has made its way through Game Boy consoles, through TV, through all DS versions, and finally hit the app stores as POKÉMON GO. The extremely popular game app with a unique interpretation of "virtual reality" has not only captured the attention of the world, but has also truly taken the creator's original concept to heart.
Comments
Leave a reply