PC Gaming is sometimes described as one of gaming’s oldest, yet most vibrant platforms. Indeed, I have been a PC gamer (alongside primarily Nintendo consoles) since childhood. And I have been a mostly-PC gamer for almost a decade at this point (with my newest console being a Switch I got last holiday).

Well, E3 is here again, and with it comes another PC Gaming Show! Historically, the PC Gaming Show is one of the least watched shows at E3. However, with Nintendo opting for another pre-recorded Direct and Sony outright no-showing, this year the show may have some more prominence!

Hosted by Sean Plott and Frankie Ward, the PC Gaming Show was almost two hours long and included around 30 games! While I will not be able to give a rundown of all of them, this article will go into which of those games stuck out the most to me!

Do note that while this is the PC Gaming Show, some of these titles will also release for consoles. So there may be a chance you’ll get to enjoy them even if your computer is ill-suited for PC gaming!

VAMPIRE: THE MASQUERADE – BLOODLINES 2 – A Long-Awaited Sequel to a PC Gaming Classic!

While we already knew that VAMPIRE: THE MASQUERADE – BLOODLINES 2 was in development, we did not have any gameplay footage. Until today! We got a first look at gameplay in the long-awaited sequel to a PC gaming classic, showing snippets including the player’s initial embrace. If what was shown during the show wasn’t enough, publisher Paradox Interactive posted an extended gameplay trailer on YouTube.

As someone who had little interest in the game prior to this, the trailer caught my eye! I’ll be watching future developments for this game, due out in Q1 2020!

Next up is STARMANCER! By Indie publisher Chucklefish, the game could be said to be DWARF FORTRESS-inspired, with a setting in outer space. The gameplay trailer shown looked like a lot of fun. You play as a powerful AI, and the overall aesthetic is quite nice. The release date is still “Coming Soon.”

This game, CHIVALRY II, is multiplayer-only. It also will come first to the Epic Games Store, which is a newcomer in PC gaming. This may cause consternation to some people. But regardless! The game boasts that you can “recreate your favorite medieval movie battle scenes.” I never played the original CHIVALRY, and multiplayer-only hasn’t really been my bag since I stopped playing TEAM FORTRESS 2. But it looks fun and takes a lot of influence from MONTY PYTHON, which also means it doesn’t take itself too seriously. The game is due out in early 2020.

This one is worth watching for the soundtrack alone! SONGS OF CONQUEST is a spiritual successor to HEROES OF MIGHT AND MAGIC. From the trailer, this game looks to be a turn-based strategy game, which the developers call a “Classic Adventure Strategy.” As a huge fan of the FIRE EMBLEM series, that’s a good sign to me! But I’ll be honest, I’d probably buy it anyway just for the soundtrack. This song rocks! The game should be released in late 2020. If you’re a fan of strategy, good music, and strategy, as I am, this looks promising! 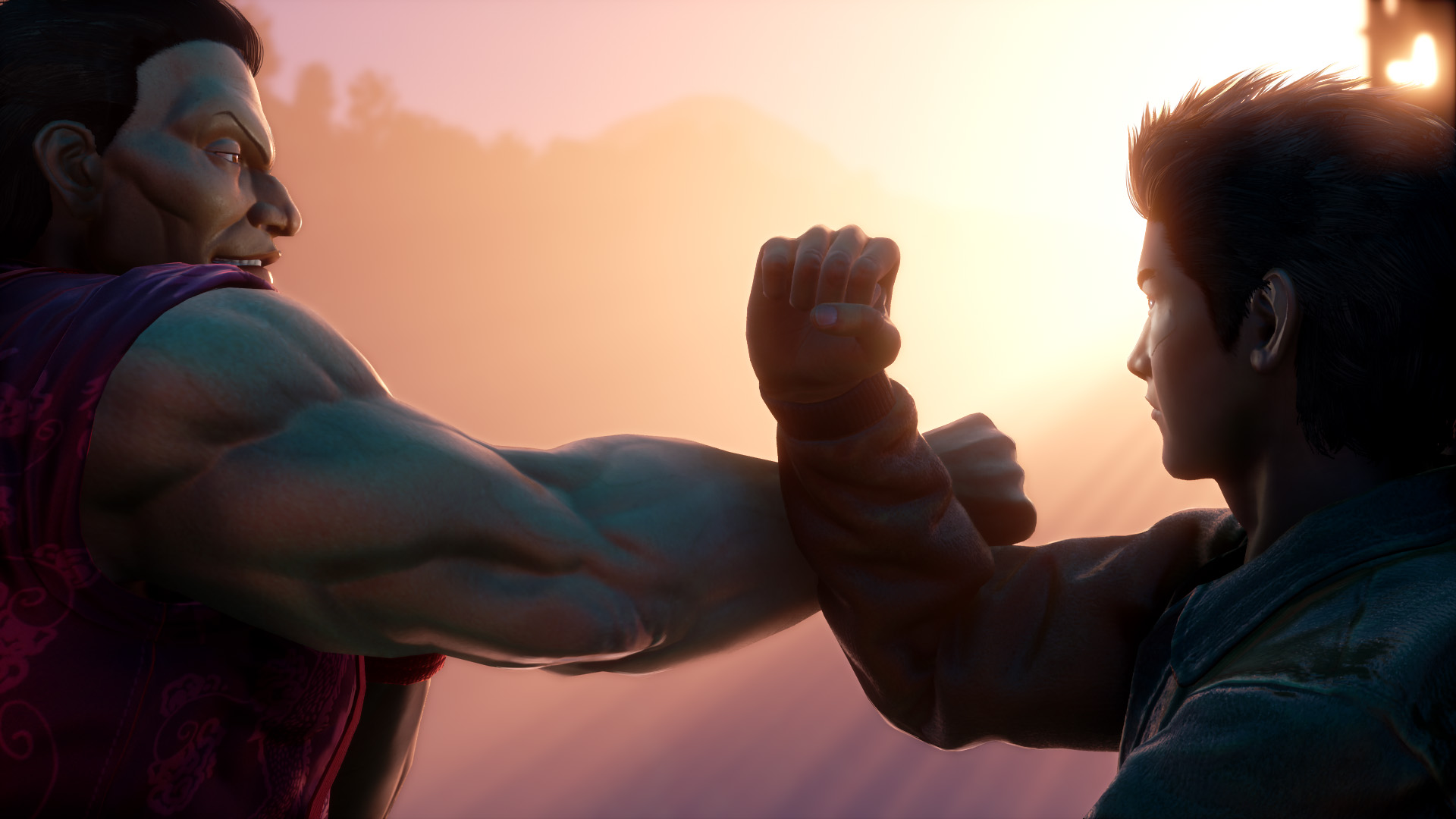 Originally pitched as a Kickstarter at E3 years ago, which I honestly always found kind of shady, we finally have something to show for it! SHENMUE is back, and Yu Suzuki flew in from Japan to present the trailer. It’s interesting that he showed up for this conference in particular, as PC gaming in Japan has historically been very niche at the best of times. Though there is evidence that PC gaming is gradually becoming more mainstream over there. But anyway! The game looks promising, but will it be worth the wait?

It’s also exclusive to the Epic Games Store, which has some Kickstarter backers angry. Personally, I think a competitor to Steam (whether or not it’s the Epic Games Store) can only be good for PC gaming, but that is beyond the scope of this article. SHENMUE is due to be released (assuming it’s not delayed again) on November 19.

MANEATER – GTA… If You Were a Shark!

Now here’s an interesting concept! Developed and published by Tripwire Interactive (who also worked on the aforementioned CHIVALRY II), MANEATER has you take the role of… a shark! The greatest maneater of all, at least according to the JAWS films!

The developers describe it variously as both a “Shark-action RPG” and “[GRAND THEFT AUTO] if you were a shark”. They sum it up in three words: “Eat, Explore, Evolve”.  It’s open-world, and you work against the self-proclaimed “greatest fisherman,” “Scaly Pete,” who acts as the main antagonist.

It looks really fun! And it’s also exclusive to PC gaming, unlike some of the other entries on this list! To some, the downside is that MANEATER shall be exclusive to the Epic Games Store. I personally will probably buy it anyway because it looks fun. But the E3 trailer on YouTube has been flooded with dislikes because of this exclusivity. Really? The Epic Games Store isn’t perfect, not even close. But that shouldn’t dissuade you from buying a fun-looking game and supporting its developers!

BORDERLANDS 3 – Probably the Biggest Title of the PC Gaming Show

Here we have what was most likely the biggest title to feature in this year’s PC Gaming Show: BORDERLANDS 3. The presenters from Gearbox took questions directly from the viewers about the latest installment of the hit franchise. The questions were then posed to Gearbox creative director, Paul Sage, in a Q&A session. It didn’t really register much for me as I have never played a BORDERLANDS game in my life. But I do know that it is one of the most popular franchises in PC gaming (though it’s not exclusive to PC gaming, with BORDERLANDS 3 also due to release on Xbox One and PS4). So it must be popular for a reason!

The game shall release for PC, Xbox, and PS4 on September 13.

And so much more!

There are so many games on display at the PC Gaming Show that I could write about them all day. Overall, I greatly enjoyed the presentation. It’s not as polished or as big of a blockbuster as, say, Microsoft’s press conference, but it’s fun and focuses on the games and their developers. Everything an E3 show should be!

Other great-looking games that I did not get to look into in-depth include:

That’s all for this press conference! I enjoyed it far more than I thought I would. A fun show about video games and their developers, what more can you ask for from an E3 presentation?

Tune in tomorrow for the Nintendo Direct at noon ET!

Time for another round of PixelPop News! This week, as we're in the lull of autumn, we discuss such topics as moldy helmets, BORDERLANDS, CIVILIZATION, dating sims, and... KFC?

Wait, why are people boycotting BORDERLANDS 3? Companies are changing the way loot boxes work? If you're out of the loop on the biggest gaming stories, read the latest issue of PixelPop news!
Comments
Leave a reply