As summer ostensibly ends (you sure can’t tell by the weather!) and we transition into autumn, I find that we hit a bit of a lull in gaming news. Kids go back to school, summer activities wrap up, and gaming news slows down. All the while, the holiday rush continues its inexorable march towards us. Though we at least have spooky Halloween articles to look forward to soon!

That being said, I’ll be going over what news there is and giving my thoughts on it!

FALLOUT 76 Helmets Are Being Recalled Due to Mold 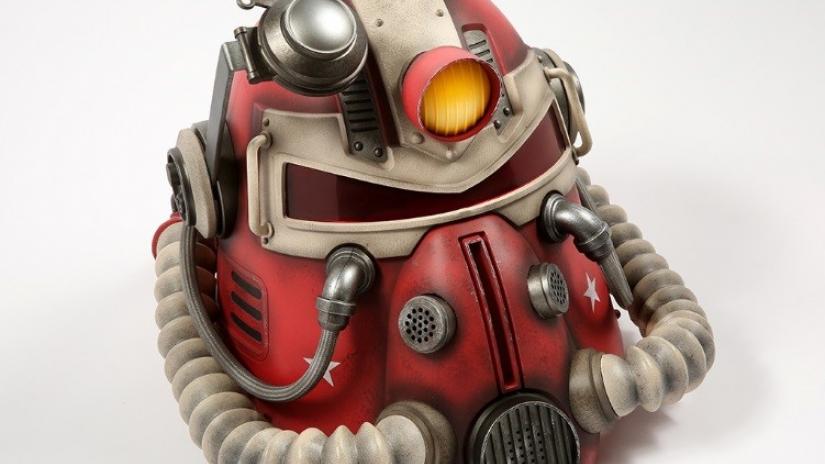 First off, FALLOUT 76 is back in the news, and once again for all the wrong reasons.

I’ve not played FALLOUT 76 myself, but the game has had a troubled history. The launch was nothing short of a complete disaster. No, really, it was bad. I can count the people I know who liked it on one hand, and even they admit that the game has a metric tonne of problems. The issue is that the severely buggy (to put it mildly) state the game released in was completely unacceptable.

Well, guess what? These FALLOUT 76 collectible helmets, sold via Gamespot in June, are being recalled! The reason being that the fabric insert used can lead to mold, which in turn leads to respiratory infections.

Now, this isn’t really the game’s fault. But it does serve as yet another example of adding insult to injury. I almost feel bad at this point.

BORDERLANDS 3 is a Huge Success! 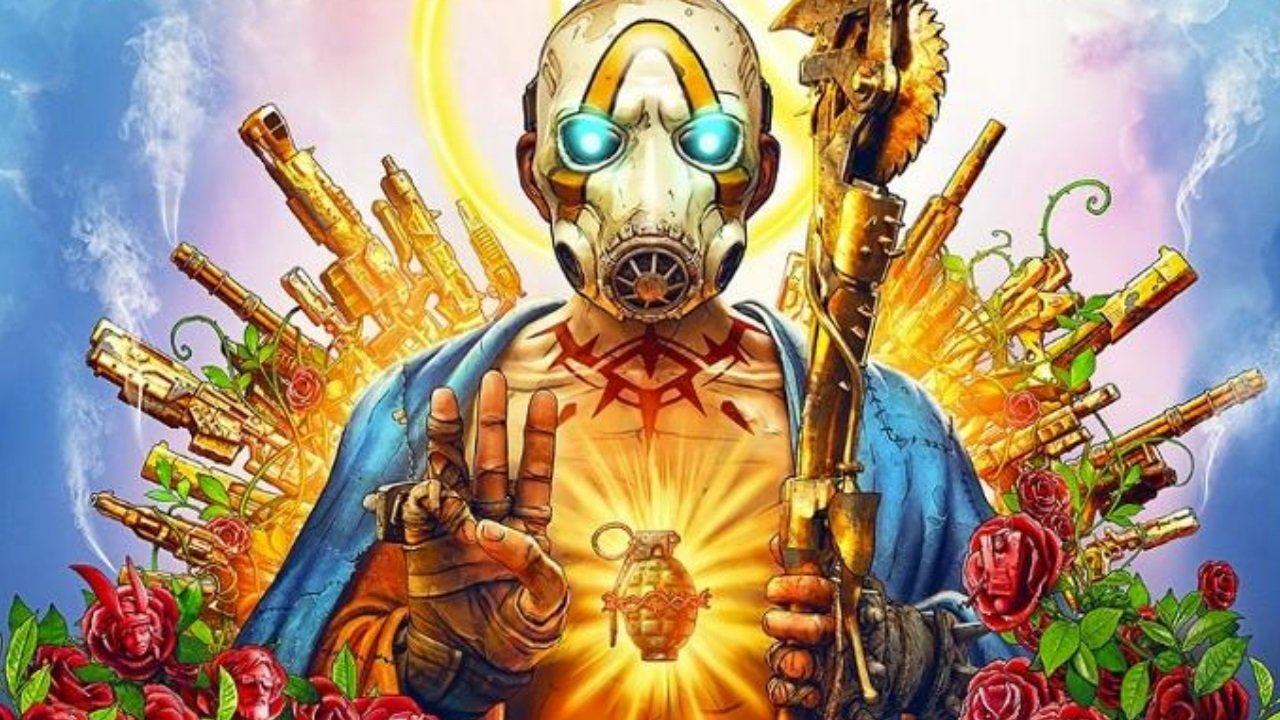 BORDERLANDS is one of those series that I hear a lot about, but have never played myself. But I am clearly in the minority there! The latest entry in the series, BORDERLANDS 3, hit the ground running on September 13 and hasn’t slowed down at all! The game has absolutely smashed previous sales records. Not only is it the fastest-selling BORDERLANDS title in history, outperforming BORDERLANDS 2 by 50% for the first five days, but it’s the fastest selling title in 2K Interactive’s history too! Now that’s impressive! Maybe I should play it, it’s clearly doing something right!

What’s particularly interesting is that according to Gamesindustry.biz, a whopping 70% of units sold in that timeframe were digital. This is the highest ratio of digital-to-physical in the publisher’s history for any multiplatform game. This will likely be sobering news to struggling retailers such as GameStop.

CIVILIZATION VI comes to Xbox One and PS4!

The most recent iteration of the legendary strategy series, SID MEIER’S CIVILIZATION VI, will be finding a new home on, well, home consoles soon! On September 24, it was announced that CIVILIZATION VI will be ported to Xbox One and Playstation 4, with a release slated for November 22 of this year. In other words, almost a year after the Nintendo Switch port. This port will include both major expansions, RISE AND FALL and GATHERING STORM.

If you’ve wanted to play the hyper-addicting strategy game, but haven’t owned either a Switch or a powerful-enough PC until now, this is your lucky day! CIVILIZATION is a brilliant series. If you have not yet bought CIVILIZATION VI on other platforms, this is the time to change that! 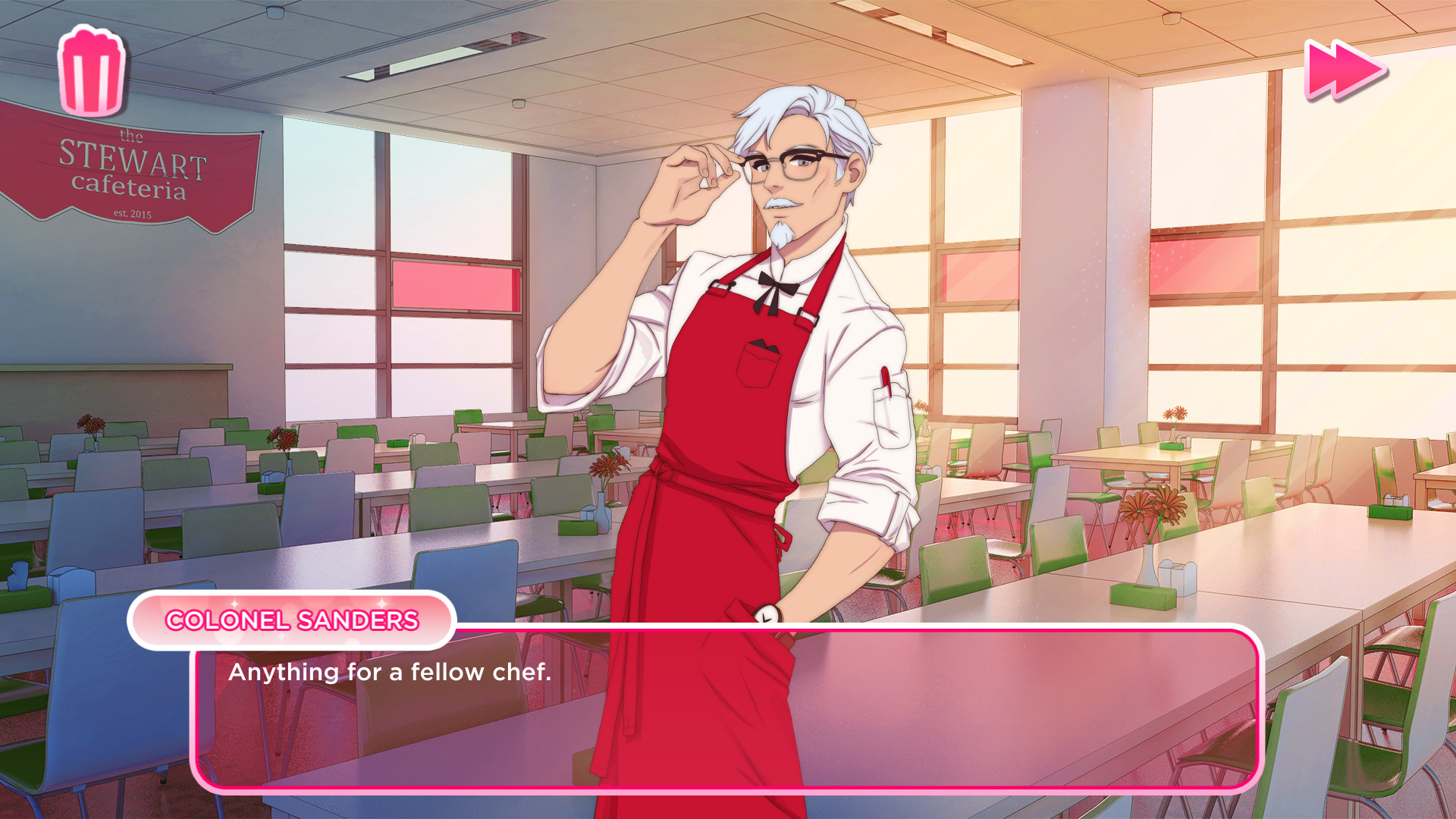 You can probably tell by now this is a slow news week and that I’m trying desperately to hold your attention. Well, I’ve saved the best for last! And what a doozy this one is!

Here’s the long and short of it: world famous fast food chain KFC had an ingenious marketing ploy. Teaming up with developer Psyop, the pair created… a KFC-themed dating sim.

No, really. This is not satire. And really, considering that pidgeon-themed dating sims have existed for years at this point, are we even surprised anymore?

I LOVE YOU, COLONEL SANDERS! A FINGER LICKIN’ GOOD DATING SIMULATOR (actual title) bills itself as (and I quote) “The Most Delicious Dating Simulator Ever Created!” And you know what, judging by the screenshots of food in it I’ve seen, I think it’s earned that title! I’ll be honest, dating sims in general aren’t really my bag, unless FIRE EMBLEM counts as one at this point. But considering that this one clearly is taking the piss, I may give this a shot! If only to see if the humor lives up to the expectations set by the premise. And hey, it’s free after all! Truly, dating sims are the genius marketing ploys of our time.

And with that, we conclude this week’s episode of PixelPop News! Be sure to tune in next week, when hopefully there will be more news to discuss!

What Can We Expect From E3 This Year?

This time of year is incredibly exciting for both gamers and publishers alike. As the biggest publishers gear up to announce what they've been working on, we've got some predictions on what they'll announce.

Rock concerts, free stuff, and TWO major announcements! Let's look at the highlights from the Bethesda's presentation at E3.

After a drought regarding any new FALLOUT games, fans of the series received a big surprise; FALLOUT 76.
Comments
Leave a reply