by Josh Littman on September 5, 2019
News
20
0
previous article
For The Last Time, Video Games Do Not Cause Violence - Pixelpop News
next article
How BATMAN: ARKHAM ASYLUM Changed the Game

Hello and welcome to this week’s edition of PixelPop News. I’m Josh, the resident lackey with a funny accent, and I’ll be taking over from psychotrip for this week! This week has seen quite a few interesting developments in the world of video games. Whether it’s new game releases, new game announcements, Nintendo Directs, or otherwise, we’ll be sure to delve right in to the biggest news of the past week! 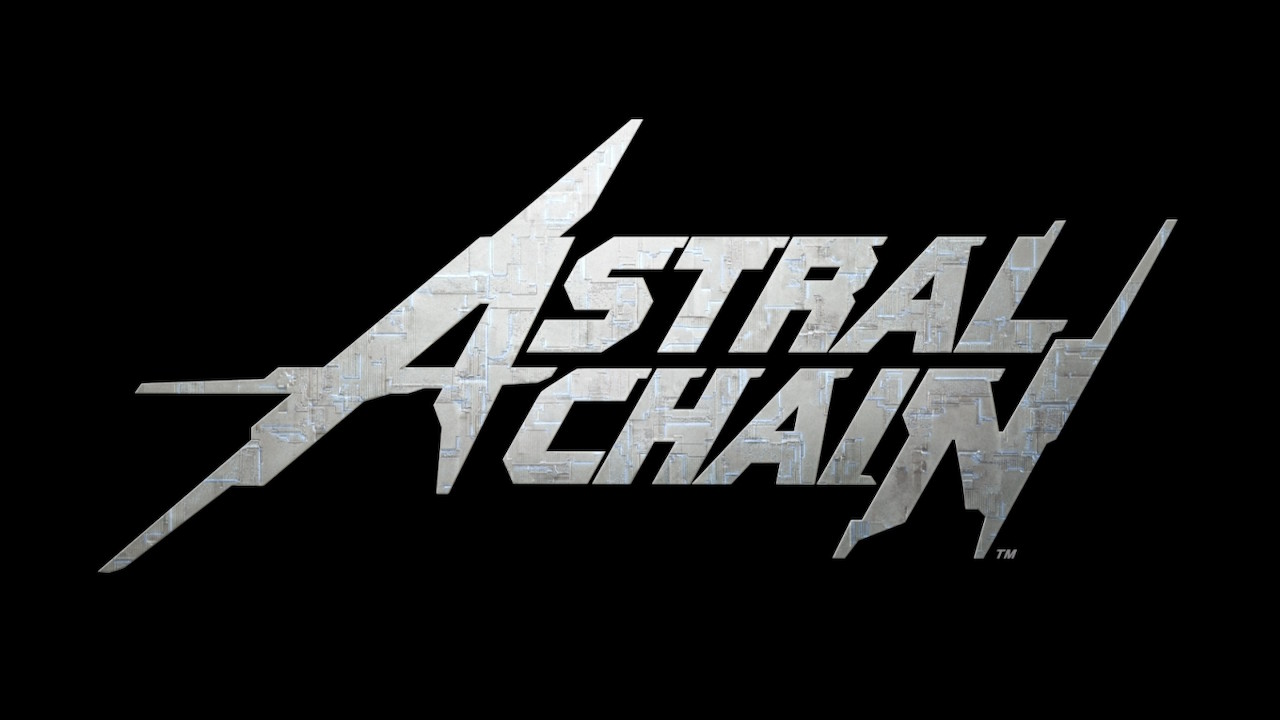 The latest hit from Nintendo and Platinum, ASTRAL CHAIN, released for Nintendo Switch on Friday, 30 August 2019. A new, intense action game with a neat aesthetic, great music, and fun gameplay, it is definitely a worthy pickup for any Switch owner! I found the controls take a bit of getting used to. Although, it didn’t help that I was coming to it from a turn-based game like FIRE EMBLEM!

It’s very fast-paced, but it’s very fun! I would recommend it to any Nintendo Switch owner. I’d never played a Platinum game prior to this one, but this game has motivated me to check out their back catalog such as BAYONETTA! 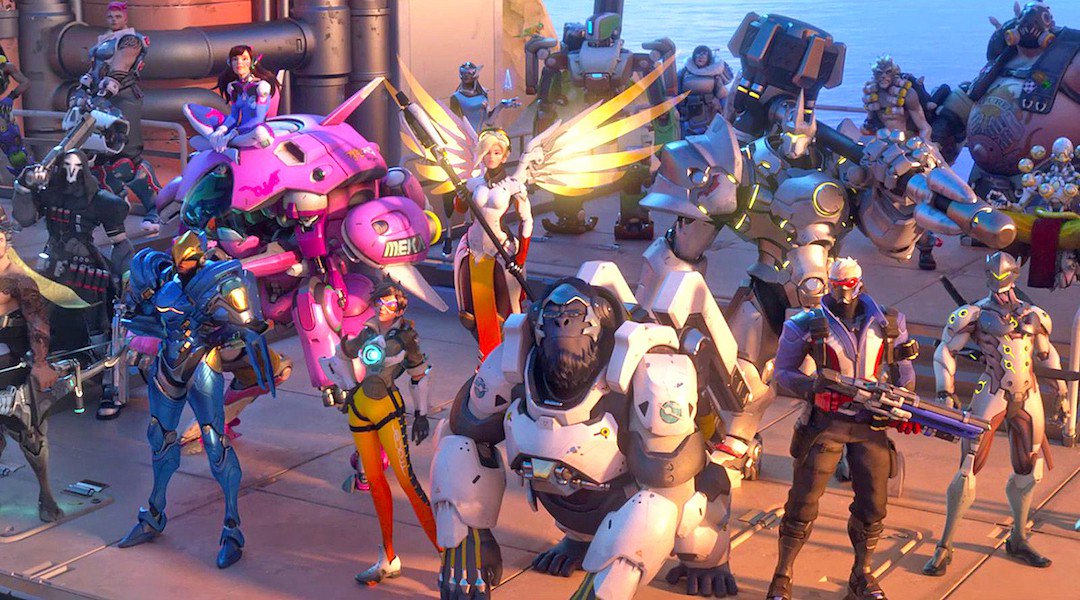 Overwatch will be coming to Nintendo Switch next month! (Image credit: dotesports and Blizzard)

OVERWATCH will be finding another home on Nintendo Switch! This was leaked prior to the Nintendo Direct on Wednesday.

I have owned OVERWATCH for years but have not played it much. Which is surprising, since I played the hell out of TEAM FORTRESS 2 back in the day. The idea of being able to play it on the go sounds like it might change that… but to be honest, I don’t think it will. The primary reason for this is that OVERWATCH is a multiplayer game, and you’ll need both an internet connection and, most likely, Nintendo Switch Online in order to play it with other people.

It’s all well and good if you use the Switch primarily as a home console, or if you don’t own OVERWATCH already. But if you’re like me and you use the Switch on the go a lot, I’m not sure this will be a big draw. After all, I can’t play with other people from a train with no WiFi, and if you can’t play with other people then you can’t really play OVERWATCH.

Oh, Speaking of a Nintendo Direct… 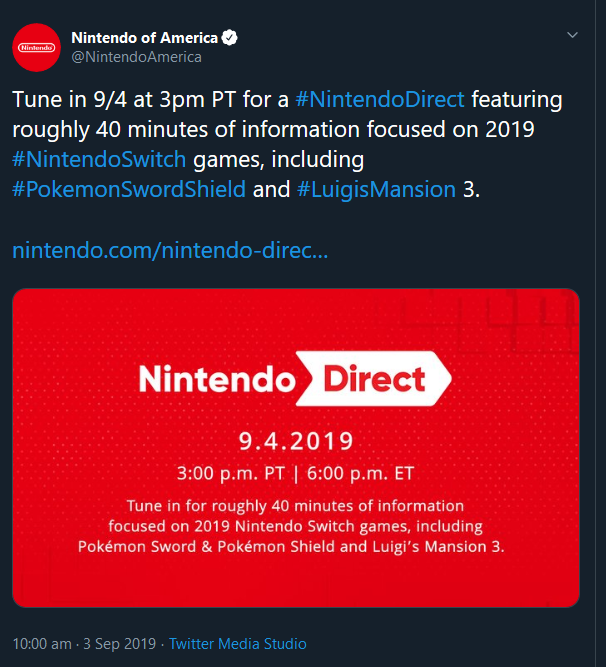 Nintendo announced on Tuesday a Nintendo Direct at 3PM PT/6PM ET. It’ll have been released by the time this article is published (if only we scheduled news on Fridays!), but I’ll give some thoughts on the new POKEMON and LUIGI’S MANSION games.

POKEMON SWORD & SHIELD generated some controversy when it was revealed that there may not be a National Pokedex in the games. In other words, it means that not all of your favorite Pokemon may make it into the game at all. It remains to be seen if Nintendo and GameFreak will address this, though I imagine they will in the Direct. I’ll probably buy one of them anyway because I skipped SUN & MOON, and I’ve wanted a POKEMON game set in a UK-like setting for years now, but the thought of not having my Cyndaquil in the game is a serious downer. I hope the Direct will be encouraging on that front!

I’ll also probably buy LUIGI’S MANSION 3 at some point. I loved the original on the GameCube, after all! And the new mechanics they’ve introduced look interesting. It probably won’t be a day 1 pickup for me but I’ll give it a shot! 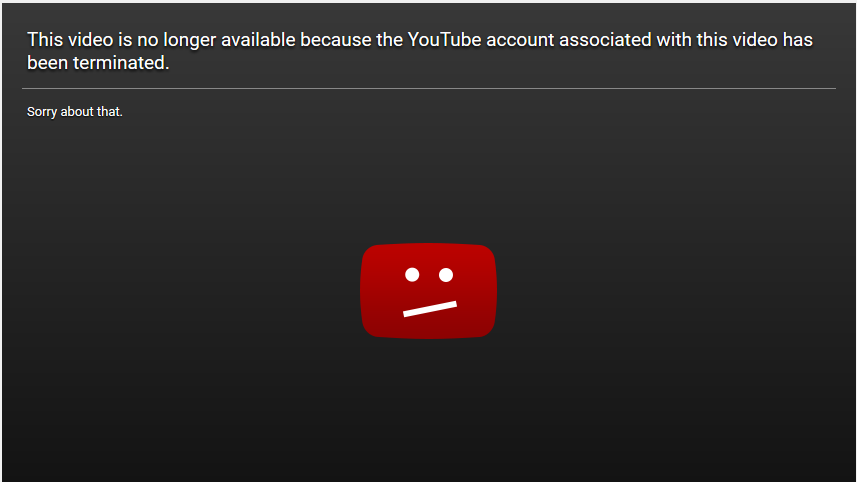 This is all that remains of fallen YouTube giant BrawlBRTSMs3, famous for extending video game music

Those of you who, like me, enjoy listening to great video game music on YouTube are probably already aware of the great Nintendo music purge. For those who are not aware, here’s a quick rundown.

Starting in mid-August, Nintendo started aggressively taking down music from the then-unreleased FIRE EMBLEM: THREE HOUSES (the soundtrack for that game is incredible, by the way). This soon extended into them aggressively taking down any music they have copyrights on. The end result is that hundreds, if not thousands, of videos were purged from the platform. YouTuber GilvaSunner, famous for his uploads of video game music, received hundreds of copyright strikes on his account (which apparently came from Japan HQ). Meanwhile, BrawlBTRSMs3, famous for their videos looping video game music for a full half hour and had hundreds of thousands of subscribers, had their account suspended entirely.

I will save my angry, impotent rantings for another time. I will say though that Nintendo is undoubtedly within their legal rights to do this. However, they should at least provide a legal alternative, such as a Nintendo Spotify or even selling the soundtracks outside Japan.

And Now for Some Non-Nintendo News… WORLD OF WARCRAFT CLASSIC is Released! 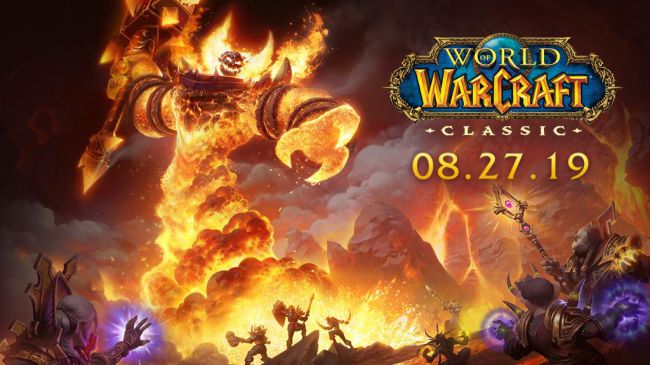 And people love it!

I am not a WORLD OF WARCRAFT player myself. But I know many whom are. Some have been playing continuously since 2004, while others have lapsed here and there. Some of them had not played WORLD OF WARCRAFT for over a decade… but decided to give WORLD OF WARCRAFT CLASSIC a whirl. All of whom have been greatly enjoying the classic version of the game. Whether it’s nostalgia or they genuinely enjoy the game that goes back to the basics, it’s clear WORLD OF WARCRAFT is doing something right. The best part? If you already have a standard WORLD OF WARCRAFT subscription, you can play it, right now!

As we enter into September, our summer of gaming draws to a close. Kids are going back to school, and the leaves will soon turn pretty colors. Next thing you know, we’ll be writing our spooky gaming articles for Halloween!

It’s certainly been an interesting summer for gaming. From E3 to some great game releases, it may in some respects be a calm before the storm of the next generation of consoles. I reckon we’ll hear more on that front next summer.

How was your summer of gaming? Play any great games? Did you play new releases or dive into classics? Let us know in the comments!

That concludes this week’s PixelPop news roundup! Until next time!

Nintendo's E3 Direct for 2019 is here! Jam-packed with great content, this was possibly their best showing in years. If you missed it, get up to speed here!
Comments
Leave a reply