by psychotrip on August 15, 2019
News
37
0
previous article
FIRE EMBLEM: THREE HOUSES - Whose Side are YOU on?
next article
A Nintendo Extravaganza! -- PixelPop News

Welcome to Pixelpop News, a monthly compilation of major gaming stories. Think of it as your one-stop-shop for gaming news, a quick way to get caught up on the biggest stories of the month.

August should’ve been a quiet month for games. Aside from MADDEN 2020, the major releases are still a few months away. But it seems we can’t go four weeks without some sort of scandal, and this month was no different.

So without further adieu, here’s your quick shot of gaming news for August.

Video Games And Violence — This Isn’t News, It’s A Distraction

Because integrity is dead and ignorance lives forever, we’re forced to talk about this again.

In the wake of the recent tragedies in Dayton and El Paso, some have decided to blame video games for the violence. Of course, this ignores the fact that countries all over the world play violent video games without mass shootings happening on a regular basis. 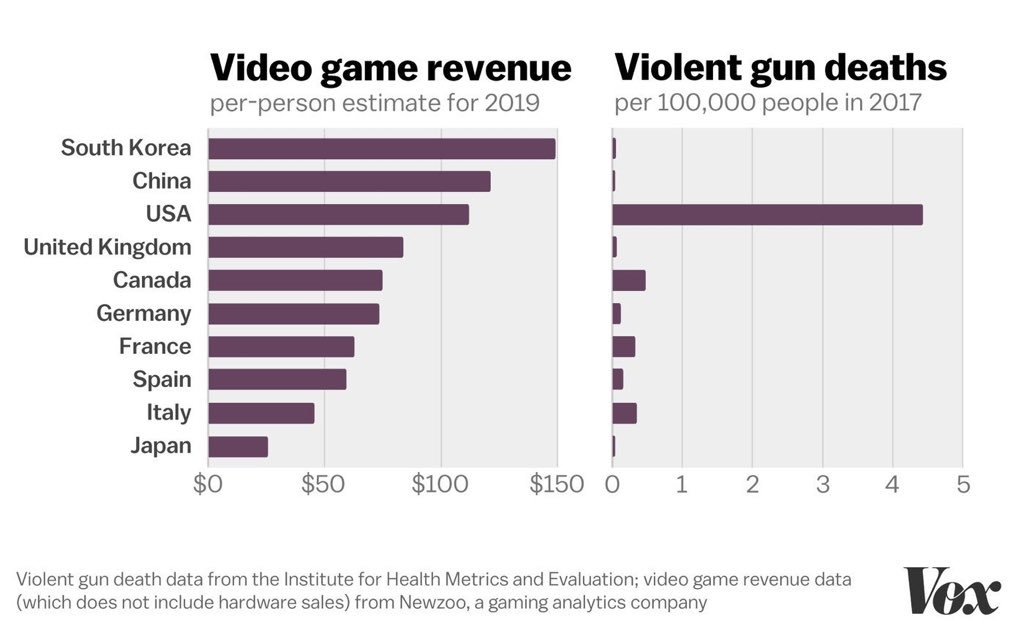 The numbers speak for themselves. (Image courtesy of Vox)

But this is 2019, where everything’s made up and the facts don’t matter. As long as it’s politically convenient to blame video games for violence, politicians will continue to do so. We can only hope that with video games becoming more common, this argument loses steam over time.

If you want more proof that this is just a distraction, check out Josh Littman’s article on video games and violence. Anytime someone tries to spread this nonsense, send them a link to the article. 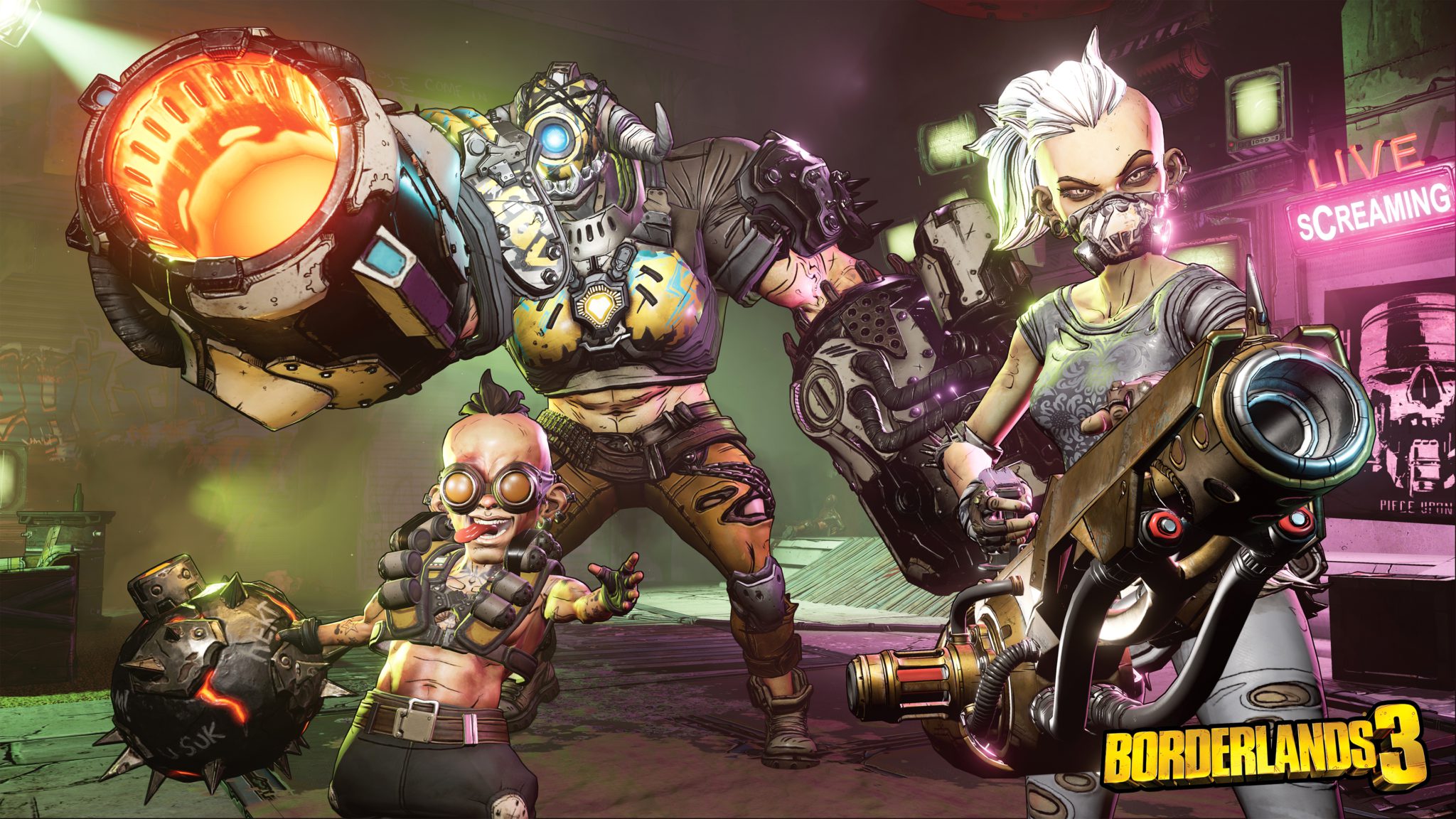 In other news, there’s yet another scandal brewing around everyone’s favorite looter shooter.

Youtuber SupMatto reported on leaked information about BORDERLANDS 3, leading to an unprecedented attack by its publisher. In response, some took to Twitter, using #BoycottBORDERLANDS3 to voice their concerns.

I should note that Matto has no connection to Gearbox (the developer) or 2K (the publisher) in any way, shape, or form. There’s no evidence he did anything illegal. Hell, he didn’t even discover the leak. He was just one of many people who reported on it.

Regardless, 2K Games launched a full-on attack against SupMatto and his online career. They submitted numerous copyright claims against his videos and had his Discord server shut down in retaliation.

Now, this may sound terrible (and it is) but it’s also predictable. Game companies can be incredibly petty, and the CEO of Gearbox isn’t exactly known for his maturity. Regardless of any justification, these are common tactics in an industry with minimal regulation and a lack of accountability. The limits of fair use are still a subject of debate, and companies use these vagaries to their advantage.

But this story took a dark turn when, according to Matto, private investigators came knocking on his door.

That’s right, a multi-million dollar corporation doxxed a random person and sent strangers to his home. Needless to say, this is pretty intimidating.

According to 2K, SupMatto committed illegal acts but 2K didn’t elaborate any further. They also point to a pattern of Matto revealing BORDERLANDS information weeks before it’s officially announced. How he gets his info is anybody’s guess, but is it illegal to report on leaks?

Regardless of the details, many view 2K’s actions as a step too far. It’s hard not to feel like they’re “punching down” on this Youtuber when they could be focusing on how this info was leaked in the first place.

Now for a bit of good news. Nintendo, Microsoft, and Sony will soon require developers to disclose the odds of winning items in paid loot boxes.

Over the past few years, loot boxes have become a pervasive issue in video games. Many fear that games are being built around aggressive monetization, encouraging tedious gameplay and a lack of content to goad players into spending more money. Others point to the similarity between loot boxes and gambling, and find the entire practice unethical.

As of now, most games featuring loot boxes hide the odds of winning valuable items. This vagueness encourages players (especially children) to spend more, even if their chance of winning is astronomically slim.

According to recent reports, several major companies are joining the party, committing to loot box transparency. This includes Epic Games, the developers of the wildly popular FORTNITE. With all these companies signing on, this could be a real game-changer.

Regardless of your stance on loot boxes, clarity is always a good thing. Does this solve the issue at large? Not at all, but it’s a step in the right direction, and sometimes that’s all you can hope for.

So yeah, August was a bit of a mess. But if there’s one thing I learned this month, it’s that no matter how cynical this industry gets, it can still surprise you. If you were to tell me last month that the biggest gaming companies would pledge to make loot boxes more transparent, I would’ve laughed in disbelief.

I guess the moral here is to hold out hope. Sure, boycotts may not work and politicians may trash talk our favorite hobby, but change doesn’t happen overnight. I still think this industry is worth fighting for, and even the slightest glimmer of positive change makes me hopeful for the future.

But what do you guys think? How was your August? Let us know in the comments!