Does Growing Up Mean the End of Video Games?

by Andrew Kreiss on March 25, 2019
Consoles
12
0
previous article
What We Know From The Nindies Showcase On March 20th 2019
next article
What Is The History of Fashion Brands x Games (The Sims x Moschino)?
Contents

I’ve been playing video games for a long time. Longer than I honestly remember, but I can tell you my first console. My aunt surprised me and my brother with a Super NES for Christmas. Up until that point, I didn’t even know what video games were, really. But after that, I was hooked. I’m pretty sure both of my parents regret letting us have it, but looking back, I don’t regret it. You’re probably just like me. You’ve had at least one console, whether it was way back when in childhood or more recently. You’ve grown up playing the HALOs, GRAND THEFT AUTOs, COUNTER STRIKEs, you name it. 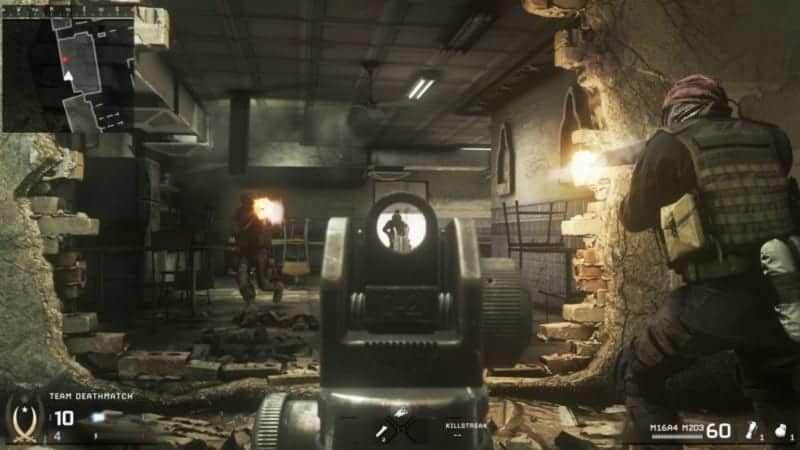 Thanks to my friend playing MODERN WARFARE REMASTERED for partially inspiring this article. Image courtesy of Infinity Ward.

Problem is, these days I can’t tell you the last time I had a good chance to binge a game. As of right now, the last game to grace my PS4 was RED DEAD REDEMPTION 2, and even that one I never finished. If you’re my age, you have less and less free time these days and things fall away as you work more and more.

Is there ever a time to put the controller down for good? Do we have a responsibility to “grow up” and out of video games? It’s never an easy decision: Do you kill a hobby, especially one that’s been with you for so long? Or is it possible to keep it going?

Now, before someone goes into the comments for a proper stoning, read this first. I’m not going to sit here and shout doom and gloom at you because FORTNITE or CALL OF DUTY killed my children. It didn’t. In fact, some of the fondest memories I have from video games are multi-player games. Whether it was the hours I’ve spent in MMO games or helping people in any SOULS games, multi-player is as relevant as the experience to gaming as ever, and it will continue to be. The “popular” games of the moment are always decried as killing the industry when that’s not true. Let the kids have their fun. Hell, I’m old enough to remember people calling POKEMON stupid since it was the next big thing. 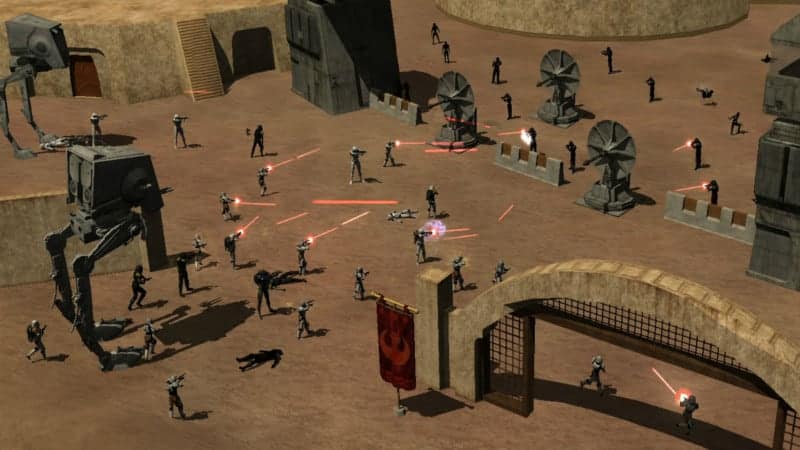 One of the harshest truths you might have to learn about yourself as you grow up is that you’re a sore loser. So, you know the stress of being trounced soundly, more or less constantly. You get older and your reflexes aren’t what they were. In your heyday, you could put up a hell of a fight in just about any fighting game, you’d wreck some people in the new COD. Nowadays? You get your insides handed to you by someone pretty consistently. Hey, did you ever break any controllers? I… may have broken a phone. It’s a long story.

Multi-player games just aren’t as fun as they once were. Sure, winning isn’t everything — that’s something that we all learned as kids — but losing so hard just defeats the purpose of a fun hobby. So, if multi-player games are out, how about the single-player aspect?

Remember me saying I’ve never finished RED DEAD REDEMPTION 2? That’s not a one-off. I’ve purchased quite a few games on sale lately, everything from THE METRO REDUX COLLECTION and… quite a few discounted Steam games. Have I beaten any of them? You bet your ass I haven’t. It’s just the timing. Jobs start to take precedence, the small time you have to see friends becomes more meaningful. The things that you used to sit and do for hours suddenly don’t seem as important anymore. 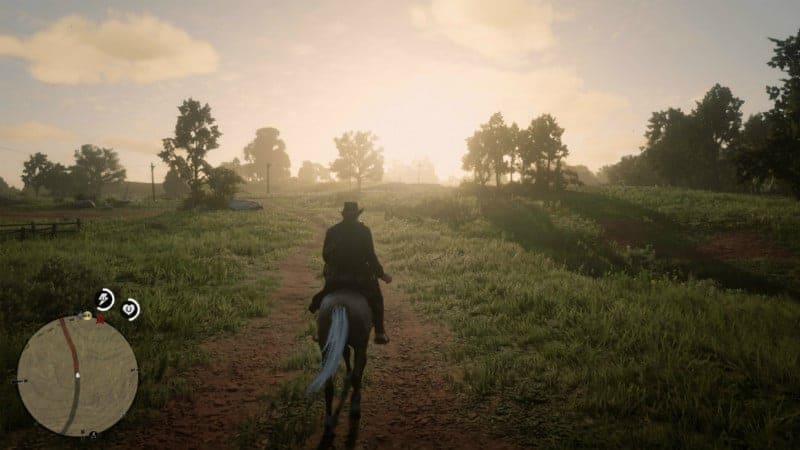 Damn, even if I don’t have time for it — what a pretty game. Image courtesy of Rockstar Studios.

One of the roughest parts of this is you know you have that back-log. You want to start RDR 2, or maybe you did start it, but you just can’t bring yourself to. There are games like GOD OF WAR where you feel like you have to chop this epic story into small mealy pieces. You want to appreciate it fully, but to do so takes so much time and attention.

The author Lorrie Moore said, “A short story is a love affair, a novel is a marriage,” and I believe that’s true for video games, too. Some games are immersive experiences, with stories and worlds that you really want to sink your teeth into. These are the ones that are harder to find time for as an adult.

Others are more bite-sized games, easy to nibble at when you have a minute. These are what I find myself gravitating towards. When you have the amount of time for, say, a quick RTS skirmish, or maybe even to save the world in INTO THE BREACH, huge open-world games just don’t seem as appealing these days — for better or worse.

Money, So They Say

Pink Floyd references aside, money is where it’s at. Unless you have a wonderful job where you make a huge amount of money, you’re scrounging for pennies. Maybe you don’t live the paycheck-to-paycheck life, but $60 is a hefty investment, isn’t it? As we move into the spring and summer and eventually fall, the floodgates open and all the major AAA titles come out to play. Just the last two weeks alone we’ve had DEVIL MAY CRY 5, THE DIVISION 2, ANTHEM (yiiikes), the new FAR CRY, and JUMP FORCE. Not to mention the new MORTAL KOMBAT next month. It’s a busy couple of months to be a gamer, and you have to make a choice. 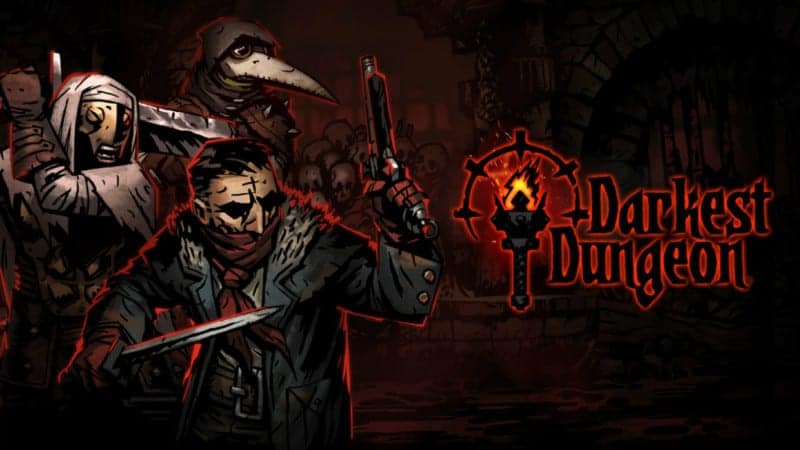 Ten years ago I’d have been first in line for all of those, but these days? It’s a toss-up if I can even afford one. It seems like you can’t even finish one game these days without another one being quickly shoved down your throat. It’s so hard to justify that price tag for a game you might not get around to playing. Like every other aspect of adulthood, gaming now requires budgeting, which saps some of the joy from it.

If you’ve read any of my past articles you know I’m an avid miniature gamer, as well. I can imagine for you there are other (maybe even cheaper) hobbies calling, too. Video games can feel frivolous, especially when the majority of our culture says that gaming is “childish” and that grown-ups who still play video games are just man-children living in their parents’ basement or whatever. There’s a stigma around it and that extends to the amount of money we spend on our hobbies, too.

After all of the above, the negativity, the doubt, and the uncertainty is it really time for us to put down the controller? You come home every night, exhausted, drained, and, honestly, only in the mood to maybe watch a TV show or keep YouTube on in the background while you fall asleep.

Somewhere deep down, I don’t think there’s a future where most of us ever hang up that specific towel. You might not think video games are that important to anyone. Video games are childish. You’re not an adult if you keep playing them. Do you know who says that? People who think Ben Franklin was the devil and hate that he discovered electricity. (Maybe not.) However, on an entirely serious note, there are some experiences we’ll never forget. I’ll always cherish the memories I have with my dad. Him playing SUPER STAR WARS on the SNES. Me peeking through my little fingers as he heroically beat the sewer level in STAR WARS SHADOWS OF THE EMPIRE on Nintendo 64. Bonding with friends over this new game called STARCRAFT.

How many of you have those grand experiences to look back on? I feel like so many of us, even those too young to know what I’m talking about, wouldn’t give those up for anything. 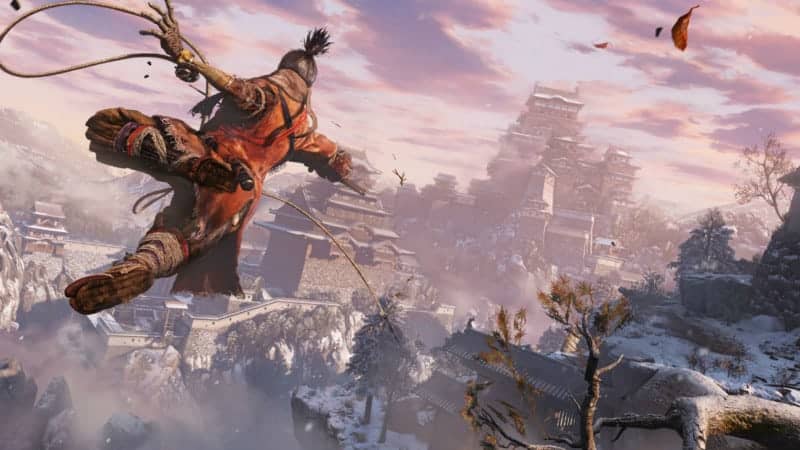 Not going to lie, my choice is definitely this one. Image courtesy of Software.

Hopefully, if you were thinking too much of giving into people telling you you’re wrong, this article can change your mind. We’re all in the same boat and I don’t know about you but I’ll be playing in some form or another until my dying day.

Do you have any memories that you’d love to share? Post them down in the comments! I’d love to hear them.

It may be 2019, but there's a few games from last year we STILL can't put down. These are the games we're still playing from 2018!
Comments
Leave a reply